After a mellow rookie season in 2018, Lamar Jackson burst onto the scene last year. The former Louisville man had a stellar season with the Baltimore Ravens. The dual-threat quarterback threw for 3,000+ yards with more than 30 TDs. He had a pass completion rate of 66.1 against six interceptions.

On a recent segment of Speak For Yourself, the hosts – Marcellus Wiley and Emmanuel Acho – spoke about the two latest rankings that were released by Pro Football and The Athletic earlier this week. Both these respected organizations released tier-wise rankings of NFL players for various positions earlier this week. Talking about the quarterback rankings, one of the major talking points was the exclusion of Lamar Jackson from both those tiers. 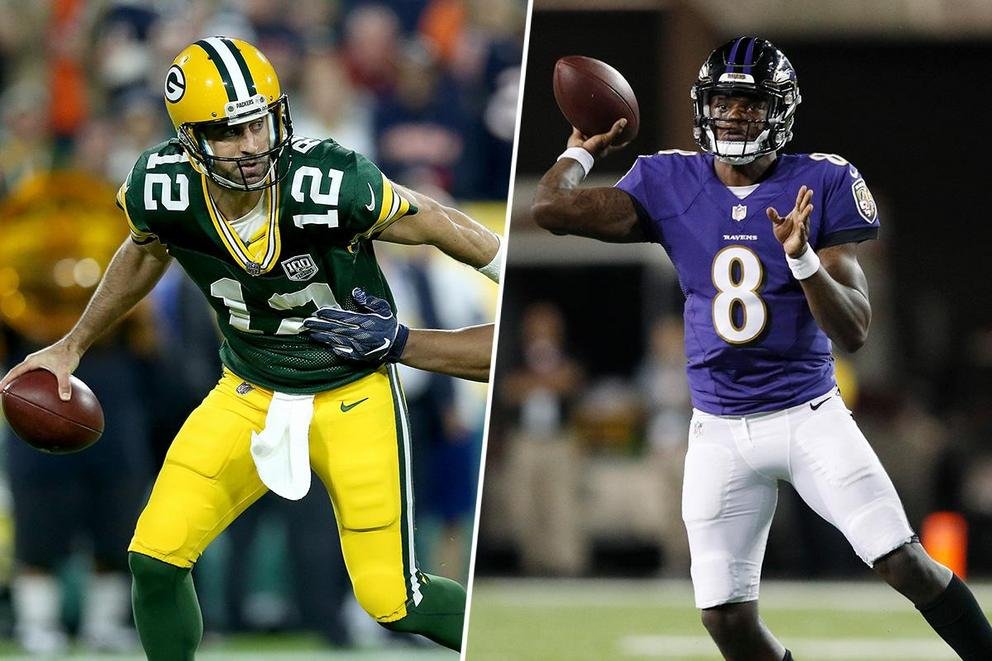 They claim that Jackson is more a well-rounded player than some of the other QBs in the top tier. The Florida-born athlete was the fourth African-American quarterback to be named as NFL MVP. It can be argued that Jackson deserved a spot in the top tier in place of either Watson or Rodgers.