The battle between the Men In Blue & the Proteas is going to be stiff when both face each other on the 2nd October for the first T20I in the three match series. The might of the big match winners will be at stake in the much sought-forward series of the year. Let us have a look at the past five T20I encounters of the two teams with each other :

In a grilling contest where the tournament title was just two steps away, the South African players were determined to do away with their tag of ‘chokers’.

Eventually, it did not happen so as the backbone of Indian batting, Virat Kohli, speared through the bowling unit of the Africans; scoring 72* off 44 balls to help India chase a target of 173 with five balls and six wickets to spare. Faf du Plessis’ half century and Ashwin’s three wickets were another feat to watch, but Kohli stole the show for India, helping India move to the finals.

In a must win game, India needed to win by a specific margin to keep their hopes of reaching the semis alive. After winning the toss, the South African skipper chose to field. The bowlers did a pretty good job to curb the furious India batting line-up at 152/6 in their quota of 20 overs. India needed a magic to stay in the game, which Zaheer Khan provided by dismissing Amla on the second delivery of the innings.

Things were well for India, until Faf du Plessis arrived. His innings of 38-ball-65 changed the game for India, turning it upside down. Although India won by a narrow margin of one run, but the victory was not pleasing as the chance of semis was lost.

On a batting friendly pitch, the Indian skipper opted to field, which turned out to be a disastrous decision for the Indian bowlers. They were smashed to all the corners of the ground and seemed helpless in front of the fierce batting display by the Proteas. The South African batsman piled up 219 runs, owing to the scintillating performances by Kallis (61 runs) and Ingram (78 runs). No Indian bowler could manage an economy of even below 8 in the match. Raina took two wickets, but at the economy of 12.25 ! 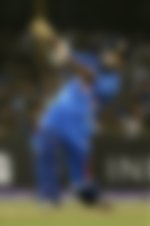 In their reply, the Indians started well, scoring 71/0 in 7.5 overs. But the rain spoiled the show and forced Duckworth-Lewis to interfere. It happened that India were short of the South African score by 11 runs at the time of stop of play. Gambhir’s 28-ball-49* went down the drain. Luckily, the rain God favored the Africans this time.

In the first match of the series, the Indians won the toss and came out to bat. Handy contributions from all the batsman mingled with a brilliant stroke play by Rohit Sharma (53 off 34 balls) led India to a score of 168 runs for the loss of six wickets. 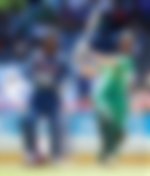 Juan Theron was the pick of the bowlers for South Africa with 2/39 from 4 overs. In reply, the hosts could score only 147 runs for 9 wickets, the opener Morne van Wyk scoring a classic innings of 67 off 39 balls. All Indian bowlers got victims with commendable economies except Munaf Patel who was smashed at the rate of 13 runs per over. India won the match by 21 runs to lead the series 1-0.

In India’s last super four match, it mattered less whether the Men in Blue won or loose. All the hopes of reaching the semis had already vanished.  After losing the toss, the Indians came out to bat with all guns blazing. 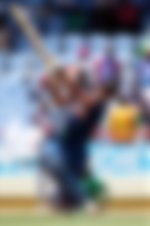 A blistering knock from Raina made him the first India to score a ton in a T20I match. Hs knock of 101 runs from 60 balls helped India reach a mammoth total of 186 for 5. In spite of the courageous shot display from Kallis (73 off 54) and De Villiers (31 off 15), the South African team fell short by 14 runs and India went home with a constellation win in their last match of the tournament.