Six-times Formula One world champion Lewis Hamilton is the richest sportsperson in the United Kingdom. His net worth is 224 million pounds ($275.6 million). It is as per The Sunday Times paper’s Rich List.

Hamilton signed another agreement with Mercedes in 2018 worth as much as 40 million pounds per year. Therefore, this saw his net worth ascend by 37 million pounds in the last year.

The British driver now lives in Monaco and leads an extraordinary lifestyle with a loaded garage. He has a driving agreement with Mercedes worth up to £40 million a year including rewards. He also has a string of worthwhile sponsorships.

Hamilton overtakes David Beckham. At the time of his retirement from playing in 2013, he was worth £200 million. David is the richest active athlete in the 32 years of Rich List publication. Although, an agreement that could be worth £60 million per year is on the table with Mercedes for Lewis Hamilton.

Rory McIlroy came back to the top of golf rankings in February after 2015. He is the only other athlete to highlight on the Rich List with total assets of 170 million pounds. 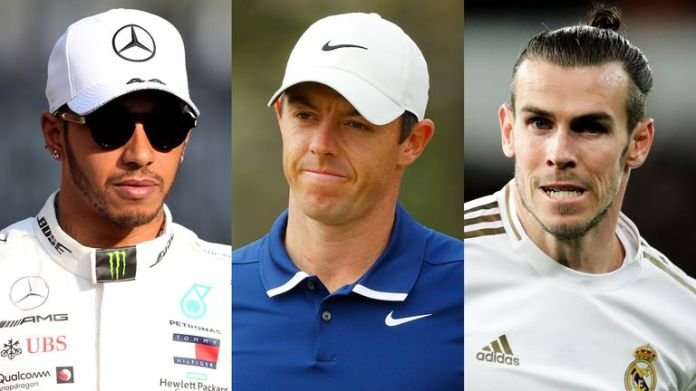 Welsh footballer Gareth Bale earns 350,000 pounds every week with Real Madrid. His net worth is 114 million pounds. In addition, he is the wealthiest sportsperson aged 30 or under.

The Young Rich List has 18 of the 50 spots filled by sportspersons. Above all, world heavyweight boxing champion Anthony Joshua the non-footballer in the list.

Joshua earned an expected 78 million pounds from his fights with Andy Ruiz Jr a year ago. As a result, the fights took his total assets to 107 million pounds.

Lewis Hamilton is without a doubt one of the most famous F1 drivers. With numerous records to his repertoire and a sum of six world titles, he has guaranteed his name is considered with the greats of the game.

The admiration that Lewis Hamilton enjoys, he is the focal point of a ton of endorsements. His enthusiasm for designing saw him have an extremely close joint effort with Tommy Hilfiger.

Apart from this, he endorses Monster Energy, Puma, IWC, Sony, Bose, Bell Helmets, MV Agusta Motorcycles. He is the most attractive driver on the F1 grid right now.

In 2018 alone, his endorsements were worth $9 million.

The 35-year-old is an energetic vehicle collecter. Vehicles are, he tells GQ, his greatest speculation and one he appreciates.

“Banks aren’t doing shit these days,” he scoffs. “So many sportsmen – sportswomen are generally a smarter species – have squandered their money. I’m very conscious of that. I don’t know anything about wine. I don’t know a huge amount about art. But what I do know is cars and I’m very particular about them.”

Hamilton owns around 15 cars, eight of which he says are “special”, divided between his main residence in Monaco and a garage he rents in Los Angeles.