As Pep Guardiola prepares to finally grace the English premier League, he faces a herculean task of reshaping the Manchester City squad. The former Barcelona manager has a lot to ponder about how to transform a Manchester City side, which was underwhelming for most parts of the last season and narrowly secured a Champions League spot, into a side that can be a force to be reckoned with, in both England and Europe. Here’s a look at what changes Guardiola could make at the Etihad so as to ensure that his side can be considered title challengers right from the start of the upcoming 2016-17 season:

Perhaps the most significant reason for Manchester City’s under-par 2015-16 campaign was the inconsistent defense. Though City scored the most number of goals in the league(71), they conceded 41 goals, the most among the top five teams, thus imploding their title challenge. Guardiola will be looking for a reliable defensive partner for the highly injury-prone Vincent Kompany. Eliaquim Mangala and Nicolas Otamendi did not exactly live up to their expectations whereas Demichelis’ performance was dismal.  The Argentinian Defender struggled throughout the season and Guardiola bringing in a new CB very much likely, Demichelis could very well be on his way out of Manchester.

One area where Manchester City was ordinary for better parts of the last season was the left flank, mainly due to the disappointing performances of both Kolarov and Clichy. Both the left-backs hardly came close to average in terms of defensive abilities and struggled to contain the opposition wingers. Moreover, both have gotten on the wrong side of the 30’s and Guardiola would want a young LB to rejuvenate the left-flank.

Yaya Toure is perhaps the player who is most likely not going to feature in the Guardiola XI next season. Guardiola prefers box-to-box midfielders for his quick possession-based game over someone like Toure. This was the reason why Pep ostracised the Ivory Coast midfielder during their time together at Barcelona and Toure was  eventually sold to Manchester City. Having already signed Ilkay Gundogan and Paul Pogba, Sergio Busquets and Thiago Alcantara rumored to be on Pep’s wishlist, Yaya Toure’s departure seems imminent.

Guardiola parting ways with Sergio Aguero, even though the Argentine forward being highly injury-prone, is extremely unlikely due to obvious reasons. The impressive Kelechi Iheanacho has been tipped to have  a fine future at Manchester which leaves Bony surplus to requirements. Bony hasn’t done anything significant to stake his claim in the starting line-up as he failed to deliver in Aguero’s absence. He has scored just six times in 31 appearances for City since joining from Swansea last year and could very well join compatriot Yaya Toure out of Manchester. 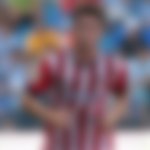 Aymeric Laporte has emerged as one of the game’s brightest prospects due to impressive performances for Athletic Bilbao in the past two seasons. The 22-year-old French centre-back can be the ideal partner for Kompany and provide much-needed stability to the backline in the Belgian’s absence. However, signing Laporte is going to be a major ask as he is reportedly one of the top transfer targets for a number of big clubs across Europe.

If City fails to land Laporte, they can go for John Stones. Though the Everton CB did not have the best of seasons last year, he is considered as one of the most promising defenders in England. City can sign him at a relatively low price as compared to Laporte’s price-tag and Stones would also favour a move to the Etihad in the hope of Champions League football.

David Alaba is undoubtedly among the best left-backs to play the game. Renowned for his versatility, the 23-year-old Austrian international stands a high chance of featuring in any manager’s dream line-up. Considering the fact that Manchester City’s full-back department on the left side is in dire need of reshaping, it wouldn’t be surprising if Guardiola attempts to bring him to City from his former club, Bayern Munich. Among other factors that can favour this move is the camaraderie that exists between Guardiola and Alaba, and the player having recently described the Premier League as “the best league in the world”.

After being acrimoniously sold by Manchester United in what is often described as Sir Alex Ferguson’s biggest mistakes, Paul Pogba has established himself as one of the most sought-after players in Europe. Strong, burly and energetic, the 22-year-old French midfielder can single-handedly drive City’s play in the center of the field, thus allowing City’s flamboyant attackers to wreak havoc up front, as well as shield the back-four effectively. Luring Pogba out of Turin is going to be difficult, though, as City will have to face severe competition from a plethora of European super clubs for the midfielder’s signature and the ridiculously high price-tag that Juventus  are expected to set for their prized asset. 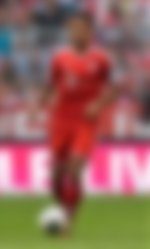 If not Pogba, then Guardiola is likely to raid his former employers and target Thiago Alcantara, who was bought by Guardiola from Barcelona. The Spanish midfielder has made quite a name for himself at the Allianz Arena in central midfield. Signing Alcantara won’t be easy either, with Bayern expected to be highly reluctant to sell him.

With Wilfried Bony expected to leave Manchester and Kelechi Iheanacho still in his learning years, City will be in the market for a reliable forward to provide ample support to Aguero. The Inter Milan striker has been pretty impressive in Italy, scoring 16 goals in 30 appearances last season, and would want to employ his trade in a more competitive league. Convincing the 23-year-old forward to play second fiddle to Aguero is going to be a major obstacle, though.