Tennis Records that may be broken in 2016

On the whole, it was a very promising match for Louis van Gaal to look at after the last few games. Though it ended in a stalemate but both teams could have won this. United hit the woodwork twice and Courtois made a wonderful point blank save in the second half and  Rooney had a chance to score a late winner. For Chelsea, the best opportunity fell to Matic who squandered it and Terry also had a close range header turned over the bar. David  De Gea made an excellent double save to deny Pedro and then Azpilicueta from scoring.

BEST PLAYERS– Martial was standout performer for United today. Though everyone worked hard on the pitch. Mata played well up front with Rooney. Schneiderlin played well along with Bastian holding the play in the center of midfield. Hazard was full of energy today – in the absence of Costa he was given the main striker role and did well in creating chances. Pedro and Willian looked sharp from the previous match but still need to get into better positions. De Gea and Courtois both made crucial saves today . 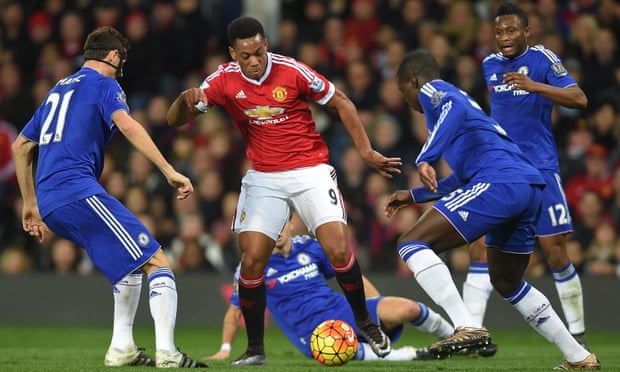 WORST PLAYERS– Matic and John Obi played many loose balls and had many tackles gone against there way , they seemed nervous after and couldn’t match the pace in the early stages. Blind wasn’t upto this standards today, beaten twice and was subbed off in the second half. Darmian was good with crosses but needs to work more on his ball distribution. 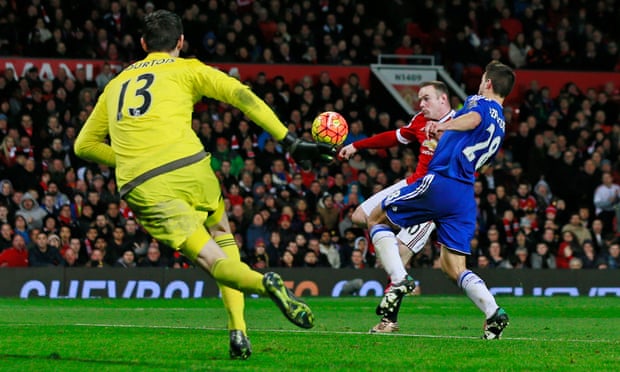 United clearly were better on the ball today, but they were not very good with their finishing. Two shots struck the post and 2 were saved but rest were all wayward. Chelsea too created chances on the counter and caused problems to United’s defense frequently. United were looking more physical today but most of the tackles didn’t go there way and received 4 yellow cards. It was an energetic game and Chelsea seem to be playing with more desire than there matches under Jose this year.

United have featured in 16% of 50 Premier league 0-0 draws since LVG has arrived. That is around 1 in every 6 stalemates.

No United player has scored in double figures in 2015. Juan Mata is their highest scorer, having 8

Guus Hiddink has dropped four points in two games as Chelsea boss this season, only one fewer than he did in 13 games in 2008-09

What’s Next– A tough run of fixtures is coming and both teams need to hit back form straight away. LVG’s Future is still in doubt, 1 or 2 bad results and he maybe on his way out. Chelsea are looking better and might save their season in the second half of season. United face Swansea at home next and it is surely a must win game as anything less could see a fresh face coming at United hot seat.

Andy Murray To Battle Marcus Rashford In A Quiz