Most Matches as Captain: One Day Internationals

A leader is someone who accepts the challenges and makes sure his team doesn’t falter or give up in case of difficulties. There have been many great leaders on the cricket field. Let us take a look on the top five players who have played the most number of matches as a captain.

What to say about this man. A class player, stylish batsman, but most important of all ‘A Fighting Captain’. With 165 wins in 230 matches (76.14%) Punter has been the most successful captain in ODIs. Two consecutive World Cup wins in 2003 and 2007, two Champions Trophy and a 5-0 whitewash of England in 2006-07 Ashes speak galore of his captaincy. He also led ICC XI for the World Cricket Tsunami Appeal match against Asia XI in 2004-05.

He was named the vice-captain in Australia’s greatest ever ODI team. Of the 29 games he captained in World Cup, Australia won 26 of them which clearly states the team’s dominance. This team was by far the best team to have played in ODI cricket and you have to give it to this man, Ricky Thomas Ponting, for the way he led his Baggy Green team of champions.

Known for his perspicacious captaincy, Fleming will go down as the country’s most successful captain. Not only was he a great leader, but he was also a great player, who carried out his responsibilities efficiently for 15 years. He captained the team in 218 matches out of which the team tasted victories on 98 occasions (48.04%).

Having been praised by the likes of Shane Warne as the ‘Best captain in World Cricket’, he is surely one of the true leaders the game has seen.

Ranatunga will always be known as the captain who raised a team that was long regarded as underdogs to the status of World Champions in 1996. He served the nation for nearly 20 years. He captained the team in 193 matches having won 89 of them (48.37%).

He was innovative as a captain and led the team from front. He always defended his players and never shied away from confrontations. He had influence in politics too, where he served as MP of Sri Lanka Parliament after his retirement. 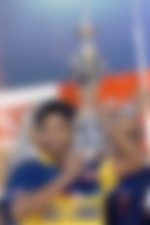 “Dhoni finishes off in style. India lifts the World Cup after 28 years.”

This on air commentary by Ravi Shastri in the final of 2011 ICC Cricket World Cup speaks volumes  of Dhoni’s achievements. Only Indian captain to lift the World Cup after Kapil Dev is certainly a huge achievement.

Barring the great Sachin Tendulkar, he has arguably the most followed cricketer in India. Coming from the backwaters of Ranchi he is the first captain to win all the top tournaments in International Cricket: World T20 in 2007, World Cup in 2011 and ICC Champions Trophy in 2013.

His unorthodox captaincy did wonders to Indian Cricket. Regarded as “Captain Cool” he surely has Midas touch. He has a very different style of captaincy and he has often made shocking decisions on field, which mostly worked in the favor of team. Under his captaincy India has won 101 matches out of 180 matches (60.58%). 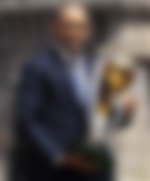 From winning the World Cup in 1987 and regaining the Ashes after two years, Australia flourished under Border’s captaincy. AB captained the team in 178 matches and the team won 107 of them with a victory percentage of 61.42.  He had the attitude to never give up and Australia scaled new heights under his captaincy. 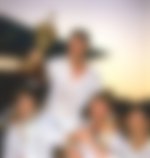