Novak Djokovic Foundation – The Philanthropic Side Of The Serbian Star

Max Verstappen believes Lewis Hamilton will continue in Formula 1 until Mercedes build championship-winning cars. The Dutchman insisted that Hamilton had no reason to leave the sport as long as Mercedes continues to win.

Hamilton’s future with Mercedes has been the talk of the town for the past few months. The reigning World Champion will be out of contract in 2020 and Mercedes are yet to announce an extension. There were rumours of the brit possibly joining Ferrari, but that seems unlikely. With the Italian team resigning Charles Leclerc for 5 years, Ferrari has firmly invested in the young Monegasque for the future.

Additionally, there were reports that suggested Hamilton was seeking a hefty contract extension, but Mercedes was reluctant to oblige. Both parties, however, were quick to deny the rumours and called them baseless. Recently, team principal Toto Wolff provided an update on the status of Lewis Hamilton’s contract. 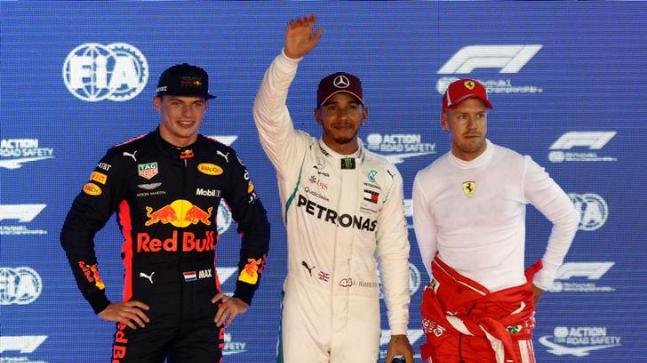 In an interview with Auto Motor und Sport, Wolff said:

“The last time [Lewis and I] met was at the Christmas party. We chatted a bit about the future. Since then we have only talked on WhatsApp. When you’ve been on your toes for ten months, it’s important to take a break. That’s why we decided to leave ourselves alone in December and January. When it starts again in February, we will sit down and discuss.”

Verstappen also stressed the importance of having the right car and claimed Fernando Alonso would have also won many races with a Mercedes.

Furthermore, Verstappen believes Hamilton has no reason to retire from the sport as long as he’s winning races and championships.

“He won’t keep going forever, at some point he will stop. But ultimately it depends mainly on the team, not Lewis.

“If Mercedes continues to build good cars with which he can be champion, why should he stop?”

“Lewis is very, very good. I respect him as a very strong racer. But as a driver, you depend a lot on your car.

“If Fernando Alonso had been in that Mercedes, he would have won. It is also about being with a team that can develop that sort of dominance.”

Max Verstappen also added that Sebastian Vettel, Leclerc and Hamilton were all good drivers, but had different attributes.

Daniel Ricciardo Has Sad New for Fans Regarding His Esports Plans