The European Grand Prix returned for its first ever running at the Baku Street Circuit. On the second longest circuit of 2016, the Drivers and fans both expected a thrilling but nervy European Grand Prix. While Practice and Qualifying so lot of yellow flags and runs off, the race saw very few incidents.

Memes from the European Grand Prix weekend are 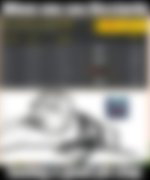 Daniel Ricciardo and his relationship with the Red Bull pit stop experience has been a talking point over the past few races. After admitting he had been screwed out of it, Red Bull hoped it would not continue.

At least from their end, the team did the best that they could. Baku had one of the longest pit lanes, and a delay here could be costly. Red Bull responded, with the 3rd fastest pit stop of the race (Credit to the Williams team for a sub 2 second stop). Unfortunate the car would not be able to grip the tires and well and Ricciardo would finish 7th, after starting beside Nico Rosberg.

At least the team cannot be blamed for the pitsop at the European Grand Prix.

2. Lewis Hamilton had some big issues with his Computer to find optimal race setting.

Lewis’s computer did not turn up for the European Grand Prix. Throughout the race, he was battling with the various buttons on his car to get all systems of the car operational. This was to no avail.  Unlike Nico who suffered this problem mid-race and quickly sorted it out, Lewis kept fiddling with the buttons.  This, coupled with a disaster of a qualifying session meant Lewis Hamilton’s chances of stepping on the podium for the European Grand Prix was over.

His engineering team could not help him due to the F1 restrictions on radio communication.  He then backed off in the closing laps, nursing his car home. Hopefully he will remember the correct settings for the upcoming Austrian Grand Prix.

3. Perez secured his second podium finish of the season after a strong run through qualifying and race day

Sergio Perez showed good pace in Qualifying but had an unscheduled Gear Box change for the European Grand Prix, which dropped him down the starting grid.  This did not deter the Mexican who had a stunning race at Baku.

Taking advantage of their Mercedes power unit, Hamilton’s struggles with his car, Perez was able to gradually move up the order, till he over took Kimi Raikkonen (who had a 5 second penalty) to finish on the podium at the European Grand Prix. In the process, he became the Mexican Driver with the most podium finishes in F1.

Perez, who has now been linked with a move to Ferrari demonstrated why he could be an ideal candidate for the role, after a brilliant drive.

4. Force India showed amazing pace throughout the weekend, bettered by the Silver Arrows 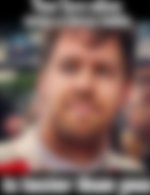 Ferrari typically are out paced only by the Silver Arrows. Even though Mercedes power units generate more straight line speed, the Scuderia are able to transverse the tighter sections of the track better than teams like Williams.

Force India were not so easily over come. Their Mercedes engine and their car, were more than a match for Ferrari throughout the circuit. This is why Perez finished 2nd in qualifying and 3rd in the race, and Nico Hulkenberg had a strong race but a bad strategy meant he was on the super soft tires for a long stint.

If Perez might have passed Kimi 5-6 laps earlier than he did, he may have given Sebastian a run for second place.

5. For all the excitement and hype building up for the European Grand Prix, it was a pretty dull affair.

Hermann Tilke, who has designed some of the more new circuits in F1 was the architect for designing the Baku Street Circuit. His tracks have been criticized for the lack of overtaking and being carbon copies of each other.

There were many run offs during the practice and qualifying sessions. The nature of the track, being a street circuit meant there would be a deployment of the Safety Car or Virtual Safety Car.

The drivers, who were very cautious (as well as they should have been) hardly managed many over taking maneuvers except in the DRS Zones.  Nico Rosberg has nothing to worry about throughout the race. With all retirements happening from mechanical issues, the race never had much of an exciting spark to it.