The content as well as the images are a courtesy of Crazy4F1. Here, follow them for more such original memes, latest news and happenings of the sport. (Link in the Bio description at the bottom of the article)

An exciting qualifying session took place at Monaco. Red Bull continued their fine form from the Spanish Grand Prix, to take their first pole position in over 2 years. The session was eventful, with Q1 being redflagged two times.

Summing up the qualification

1. The man of the hour. Daniel Riccardio has been fast in all the practice sessions at Monaco, and set sublime Q3 time, with a 1:13:622. The smiling Aussie scored the first pole, joining the likes of Michael Schumacher, Juan Manuel Fangio and Jim Clark as drivers who set their first pole at the principality.

Riccardo has been consistently faster than the Silver Arrows and Prancing Horse and enters the race high on confidence.  He will be operating on a different strategy on race day, starting ont he supersoft tyres, while other top 10 drivers will start on the ultrasoft tyres.

2.  McLaren came into Monaco on an upward swing of momentum. They believed, their chassis would help then at Monaco, allow the struggling team to compete with the likes of Red Bull Racing, Ferrari for higher value point finishes.

Unforunatley, Jenson Button only qualified 13th, and Alonso just scraped into Q3.  He was well behind the pace set by the Torro Rossos, Force India times set, and starts 10th (9th if Kimi’s penalty is factored in).
So much for fighting with the Red Bull and Ferrari at Monaco

3. Lewis Hamilton had his 3rd problem in qualification this year. After setting strong time in Q2, Hamilton stalled at the start of Q3. The team mechanics rushed to recover and restart his stricken vehicle. This did not prevent him from setting a time, but he was not able to take part in the first runs of Q3.

Mercedes said that Hamilton suffered from a fuel-pressure issue. It was an issue that affected Rosberg, but it did not stop the German from completing both runs in Q3. Lewis would spend several laps trying to warm the ultrasoft tyres, but despite a strong lap, he finds himself starting the 2016 Monaco Grand Prix from the second row of the grid.

4. Max Verstappen seems a bit of a hero to zero at Monaco. The Youngster hit the guardrail at the Swimming Pool Complex , which broke the suspension and caused him to crash into the Barrier. It was the second red flag of Q1. Incidentally,  Pastor Maldando who won his first race at Spain in 2012, crashed in Monaco (practice and in the race). 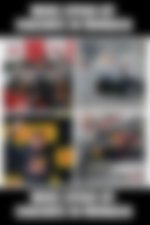 Let’s just hope that the youngest grand prix winner in F1 history does not repeat a Maldando and crash into someone at the start of the race, as he starts from 21st on the grid.

5. At least someone in the Red Bull Garages might be enjoying the qualification of Max Verstappen at Monaco. 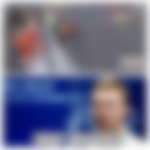 Daniil Kyvat, who swapped places with Max had a strong qualification at Monaco.  He starts 8th from the grid, while the Red Bull of Max starts on the last row of the grid.