It was an eventful Qualifying session for the Austrian Grand Prix with two pole prospects, Nico Rosberg and Sebastian Vettel heading into the session with a five place grid penalty with the former also suffering a major crash in the final Qualifying session.

Lewis, who was slower than both the Germans in the practice sessions, took the best of what he was given to snatch the pole position from Nico Rosberg with Vettel further back in fourth.

ROS: "The five places [grid penalty] will be costly, but I'll make the best of it from there" #AustrianGP pic.twitter.com/z6EeZo9RLH

Commendable job from the guys at Mercedes to ensure Nico Rosberg had a regular run despite the heavy crash leading to severe damaged to the suspension and chassis.

[Follow LCF1, a facebok page which brings you original and unique F1 memes.]

Perfect timing by @MercedesAMGF1 as @LewisHamilton puts the hammer down to take consecutive poles at #AustrianGP. pic.twitter.com/J1Um0zbVCL

While the pole position was still predictable going to a Mercedes AMG, it was more interesting at the back. Nico Hulkenberg managed to take his Force India all the way up to third, implying he will start from the front grid thanks to Rosberg’s penalty. His team mate suffered a suspension failure and qualified sixteenth. 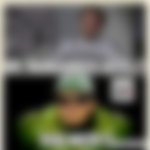 The legendary George Lucas of the Stars Wars films was also present watching the Qualifying!

He is still under investigation though for speeding in the yellow flags in Q1.

ROS improves and goes P2, pushing the Hulk into P3 – but our man will be on the front row tomorrow! #AustrianGP #FeelTheForce

Despite a brilliant P3, the man of the session has to go to Briton Jenson Button who for the first time pushed his McLaren into P3 with his team mate only managing 14th. Not only this, he managed to push his McLaren all the way upto P5!

Thanks to the grid penalties to both Rosberg and Vettel, JENSON BUTTON WILL START ON P3 TOMORROW!

Follow the page F1 trolls and news for all the latest updates in the world of Formula One through their original memes.

Such an interesting top 3! I can't wait for the race #AustrianGP pic.twitter.com/qGANJtOWDF

That moment when you are through to Q3 for the first time this year.#BBCF1#AustrianGP https://t.co/JzI2fv0CGX pic.twitter.com/ekA6YHCMa9

Not only this, if Hulk is investigated and penalised, Button will start all the way from the front of the grid!
Now we surely didn’t see that coming, did we?

Here’s to an eventful and exciting Austrian Grand Prix tomorrow!