“Mentally I Could Be Better”: US Olympic Gymnast Suni Lee Gives Fans Bleak Update on Her Condition

American gymnast Suni Lee never fails to steal our hearts with her glorious splits and round-offs. She turned towards gymnastics at the age of 6 and has never left the mat since. Lee is a six-time member of the US Women’s National Gymnastics Team.

Among all of her achievements, she is also the 2020 Olympic all-around champion. Receiving a total of 6 World Championship and Olympic Medals, Lee is recognized as the 9 most decorated American female gymnast.

Recently, Lee gave her followers an important update on her current physical and mental state through an Instagram story.

After her mind-blowing performance at the 2020 Tokyo Olympics, Lee decided to join the reality show “Dancing With the Stars.” Although her performances were strong enough to keep her safe, recently the duo ranked in the bottom two on the show. 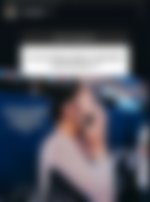 The Minnesota teen has been unwell for the past few days, which affected her performance on the show. Hence, her fans and well-wishers have been worried about her condition since then.

Recently, Lee posted a story in reply to her followers’ concerns regarding her mental and physical well-being. Through a Q and A session, she informed her fans and supporters about her current state.

“Eh I’m okay, still healing from a fractured shin at the Olympics and mentally I could be better,” wrote the gymnast.

Lee craves for a break

In an interview after the 2020 Summer Olympics, Lee spoke about the uncertainties in her life. She feels like things are going on one after another and there’s no stop to it.

“It’s definitely been difficult. I mean, past couple of weeks, I feel like it’s just been like one thing after another,” Suni revealed.

Despite the chaos in her life right now, she acknowledges herself and her growth throughout the journey. Here’s hoping the star will soon be back to full fitness and make a breakthrough on the show.