The German Grand Prix, formally known as the “Formula 1 Mercedes-Benz Großer Preis von Deutschland 2019” held on 28 July 2019. The event took place at the Hockenheimring near Hockenheim in Baden-Württemberg, Germany. Mercedes F1 announced that they would be running a different livery in tribute to their heritage with the team as celebrating their 125th year of competing in motorsport, and their 200th F1 start.

In addition to the livery, Mercedes F1 even had a unique uniform for all its crew that day. Recently the race was awarded as the best race of this decade.

Thank you for all your votes 🙏 #F1https://t.co/ideUG7AMlH

The miseries for Ferrari continued. Sebastian Vettel failed to set a Q1 time within the 107% requirement but was given permission to race at the stewards’ discretion. He also received a 10-place grid penalty for a third Control Electronics (CE) and started the race from the back of the grid.

Lewis Hamilton was the favorite to win the race but destiny had something else in store for him. The reigning five-time world champions pride themselves on leaving nothing to chance, but here their composure simply broke.

Moreover, Lewis Hamilton had been nursing a bug that he later admitted had left him physically and mentally drained. Team principal Toto Wolff said: “There is a flu going around in the paddock and he was not feeling great.” After that Mercedes said he was off-color since earlier in the week.

Lewis Hamilton ran wide at the last corner and slid across a run-off area. He hit the wall and damaged his front wing. Moments later, he turned into the pits and violated the rules by going the wrong side of the entry bollard. As a result, stewards gave him a five-second time penalty.

What followed this was a comedy of error when Mercedes F1 pit crew found themselves helpless. They were seen running around to find a replacement wing and the correct set of tires, bumping into each other in the process. All this led to a 50 seconds pit stop for Mercedes F1. Valterri Bottas also crashed into the wall when he was trying to chase Lance Stroll.

The race goes from bad to worse for Mercedes 👀

In the end, Max Verstappen clinched the win with Sebastian Vettel on 2nd position from the 20th position. The most surprising element came in the end. Daniil Kyvat secured the 3rd position. Nico Hulkenberg was also driving pretty swiftly before crashing and what could have been his first podium ever.

Mercedes F1 in Drive to Survive:2 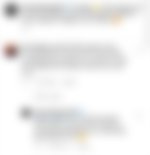 There were several rumors surrounding the filming of Formula 1: Drive to Survive Season 2 after the chaos which happened with the Mercedes F1. Both Mercedes F1 or Ferrari barred Netflix from filming in the 2018 series, but the Silver Arrows granted access for one weekend this season.

“I won’t be in the Netflix show much, because I was sick the whole time, I won’t allow them to release that.” Hamilton said.

Recently Mercedes F1 has come out and cleared the air surrounding the rumors. The team while answering a fan said “ We’ve heard this rumor a few times! There’s a whole episode about us in Germany and Lewis is in it”

This news comes as a relief for the fans of the sport who are eagerly waiting for the Drive to Survive Season 2.

Abhay Aggarwal is sports analyst at EssentiallySports. Having joined ES in early 2020, he has over 300 NASCAR, Formula 1, and Tennis articles to his name. Abhay has been an avid motorsports fan for over a decade, and he even attended the inaugural Indian Grand Prix in 2011.
ARTICLES BY AUTHOR