The 224th Merseyside Derby takes place on Saturday. This contest between Liverpool & Everton is known for being the most physical match up in the entire league. Since the inception of EPL in 1994, there have been a total of 20 red cards given out in this fixture alone. This is an extremely physical game and is tough enough for any referee to control.

Roberto Martinez’s team has bounced back from a three-game losing streak over the Christmas period and are now unbeaten in five games (excluding penalty shootouts) in all competitions, albeit four of those games have ended in draws. Liverpool have lost only one of their last 16 Merseyside derbies in the Premier League (W8, D7, L1) and head to their neighbours in good form, having lost just one of their last 13 matches in all competitions.

Philippe Coutinho earned rave reviews from his manager Brendan Rodgers after scoring a fantastic winner against Bolton in the FA Cup and his flourishing attacking partnership with Raheem Sterling is an area Everton will need to watch very closely. 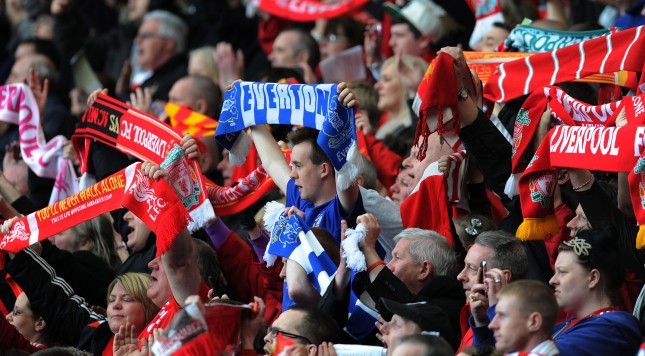 Everton will most likely be missing Steve Pienaar (knee) and Leon Osman (ankle/foot). James McCarthy, who was out with a hamstring injury, was expected to return, but has aggravated his injury during training and will now miss the vital derby match up. Manager Roberto Martinez has also confirmed that US International Tim Howard will not be risked during this match while he works to regain fitness.

Lucas Leiva was ruled out of the Wednesday FA Cup match against Bolton with a minor thigh strain. This is expected to be cleared up by Saturday. There is a chance that he might end up on the bench as a result, however. Lazar Markovic is also a doubt, having been withdrawn from the Bolton game with a potential back injury. He is to be assessed before the game. Daniel Sturridge is expected to start. However, Rodgers is in no hurry to rush his best striker into action.

If Steven Gerrard plays in the match, it will be his last time playing in the Merseyside Derby before his move to LA Galaxy in the summer. He recently had his 700th appearance for Liverpool during Wednesday’s FA Cup game against Bolton.