Mike Tyson shared his opinion on Deontay Wilder’s performance after his loss to Tyson Fury. ‘Iron’ Mike claimed, there was a noticeable difference to how Wilder fought Tyson Fury, after their first stalemate in 2018.

‘The Bronze Bomber’s self-confidence was questioned, after his poor showing against Fury. ‘The Gypsy King’ dominated from the first round, eventually stopping the fight in round 7.

“Wilder can still make a lot of money. He shouldn’t feel sad or discouraged. And he should continue to go out there and fight with a lot of zest and confidence. He feels like giving up, ‘Oh, my life is over. I’ve made $90 million dollars. My life is over.’ Oh God, I want to die.’ Grow up. Keep going through it until it’s really over. Well, listen, he didn’t fight the same fight as he fought the first fight”.

Wilder looked like half the fighter he usually is on that night. With poor movement across the ring and seemingly unable to defend any shots thrown by Fury it almost felt as though he had forgotten how to box. 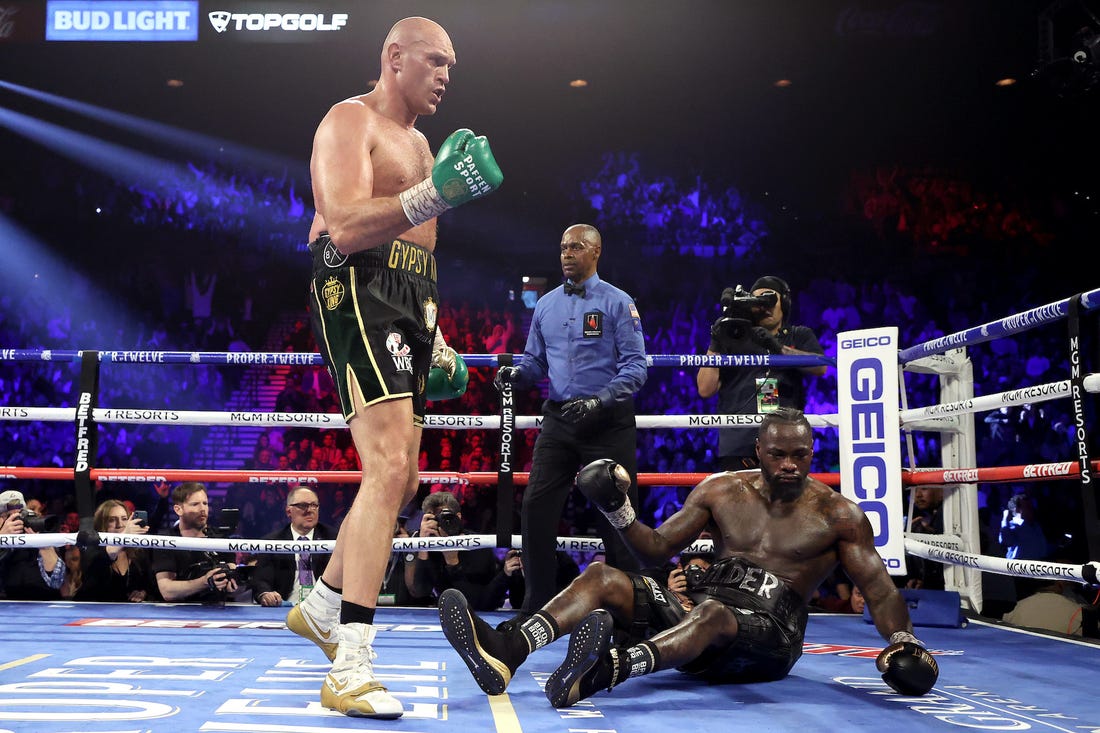 However, despite the criticism, he has faced from all corners, his ability to fight hasn’t been questioned.
The fighter is notorious for his power and relentless pressure. His unorthodox style has put him on the map, with Wilder using raw power and an array of unusual punches to knockout other boxers with ease.

Perhaps ‘The Bronze Bomber’ got his tactics wrong. Wilder didn’t take advantage of the various openings Fury gave him. Maybe, if wilder had gone in close and clubbed Tyson Fury with his right hand, the outcome of this fight would be different.

Nonetheless, Wilder has what it takes to make a great comeback, and with the trilogy insights, this seems to be the opportunity for wilder to make things right.

Tyson Fury is perhaps one of the greatest heavyweights of our generation, but by no means is he unbeatable. Otto Wallin exposed several deficiencies in Fury’s game with Wallin clipping Fury in the eye which almost ended the fight prematurely.

Deontay Wilder has what it takes to beat ‘The Gypsy King’, and with the trilogy around the corner, The fighter has the opportunity to make one of the greatest comebacks.

What are your predictions? Do you agree with Mike Tyson’s comments? Let us know in the comments!