When the New York Yankees finally secured Aaron Judge’s signature on a massive nine-year, $360 million contract, the city erupted in celebration. Following this, the team appointed Judge as their next captain and further solidified their roster by adding pitching sensation Carlos Rodon. These acquisitions solidified the team’s position in the right field and reinforced their already formidable pitching rotation. However, despite these high-profile signings, concerns remain about the team’s weakness at the left field and stop positions, which are currently manned by players like Aaron Hicks and Isiah Kiner-Falefa.

As spring training approaches, many Yankees fans believed that the team’s management, led by Brian Cashman and Aaron Boone, had more moves up their sleeves to bring in a more suitable outfielder. However, a recent report suggests that the likelihood of a new signing for the left field position is bleak, due to the team’s already high payroll and the financial constraints imposed by the luxury tax.

A left-field dilemma in the Bronx

According to recent reports, the New York Yankees have already exceeded last year’s payroll by committing to roughly $272 million in player salaries. When factoring in the luxury tax, this number rises above $290 million. Jon Heyman from the New York Post has stated that the team is unwilling to exceed the $293 million threshold, and any potential signing of a suitable outfielder would require crossing this limit. 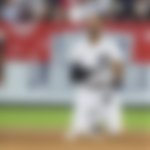 The New York Yankees are now faced with two options for their left field position. First, to rely on rookie Oswaldo Cabrera, who lacks experience in the major league. And second, to rely on Aaron Hicks, who despite being a $70 million acquisition, has consistently underperformed and failed to meet the expectations of the team’s fans.

Barring the gap at left field, Judge is safely secured at right field, occasionally rotating to center. Harrison Bader, on the other hand, is the second bankable name in the outfield, who will start otherwise start at center field.

Now, it is for the Pinstripes front office to decide if they want to cut their payroll to $293 million, or exceed it for a stronger hold in left field. What do you think will the Yankees do? Who will start at the left field on opening day? Let us know your thoughts in the comments below.

Mohsin Baldiwala is an MLB author for EssentiallySports. He is pursuing his BBA degree, specializing in Communications & Media with a Public Policy minor. Along with his keen interest in politics and questions about society, he has written multiple research papers about a variety of topics, ranging from stand-up comedy to the Indian Education System.
ARTICLES BY AUTHOR