Aaron Judge has been grabbing headlines all throughout this MLB season. Understandably, he has also been a topic for almost every baseball expert panel. Recently, an active MLB star player has spoken in favor of Judge. It happened to be at yet another analysis talk show.

Aaron Judge is a famous outfielder for the New York Yankees and a megastar slugger. Through a record-setting home run frenzy, he is dominating the batting charts in all categories. The four-time All-Star Judge is presently a frontrunner for the American League MVP Award.

However, MLB star Carlos Correa believes that Judge is also deserving of yet another award. Correa, who is an immaculate slugger himself, has also been in the news recently. However, in Correa’s case, it’s altogether another issue not related to his performances.

As per every baseball follower’s common knowledge, Aaron Judge is now the American League’s highest seasonal home run scorer. He smashed 62 home runs within the regular season, which is a record in the American League. But Judge is more than a mere home run hitter and that reflects in his batting statistical counts. 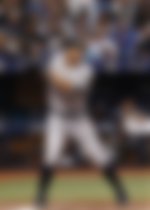 Carlos Correa is in the limelight at present, after abruptly opting out of the Minnesota Twins contract deal. He made his MLB debut with the Houston Astros in 2015 and won the World Series in 2017. The two-time All-Star Correa joined the Twins this season on a $105.3 million three-year term. But dropping out of the Twins contract after just one season has made him a free agent amidst trade rumors.

Carlos Correa (working in TBS studio during playoffs) said wRC+, OPS+ and wOBA are the new Triple Crown stats. Aaron Judge led MLB in all three in 2022, so maybe he should get a Triple Crown after all.

Also, like him or not, Correa does a great job with his analysis here. https://t.co/L1uu45YcqR

Correa recently appeared in a studio for a baseball analysis talk. He explained the differences between the older basis for the Triple Crown nomination and the modern basis. Correa thus pointed out how the batting average, home runs, and RBI count were earlier the basis for the Triple Crown. Whereas, now it’s a projection of overall batting statistics wherein Judge leads in every aspect.

MLB insider Max Goodman shared the video on Twitter quoting, “Carlos Correa (working in TBS studio during playoffs) said wRC+, OPS+ and wOBA are the new Triple Crown stats. Aaron Judge led MLB in all three in 2022, so maybe he should get a Triple Crown after all. Also, like him or not, Correa does a great job with his analysis here.”

Aaron Judge in the postseason rounds

Judge’s batting heroics powered the Yankees throughout the season to dominate the zonal rankings. Consequently, the Yankees are participating in the postseason against the Cleveland Guardians. The series is now tied at one game, each with three games to follow. Judge has not smashed another home run since his historic slam. Therefore, he might aim to win a few more games for his team alongside increasing his seasonal homers tally.

Do you think Aaron Judge should win the American League Triple Crown?