“Don’t Let Me Die, I Got Kids” – MLB Hall of Famer David Ortiz Once Recalled the Harrowing Night He Was Shot by Jealous Dominican Drug Lord

On June 9th 2019, baseball legend David Ortiz got shot at point blank in his native land. Luckily, Ortiz was fortunate enough to survive. But nonetheless, he got seriously wounded and needed multiple surgeries to recover. Back to normal, Ortiz recalled the nightmarish moment in an interview.

David ‘Big Papi’ Ortiz is a legendary former baseball player and a Boston Red Sox icon. Ortiz was instrumental in the Red Sox winning three World Series Championship titles during his playing tenure. He retired in 2016 with a record 541 home runs to his credit and the Red Sox authorities also retired his jersey. Ortiz recently got the deserving honor of a Hall Of Fame induction on July 24, 2022.

Born and brought up in the Dominican Republic, David Ortiz was living in his birth land during the time of his shooting. Ortiz also owns private property in Boston, which is where his baseball career blossomed. Ortiz was hanging out with company at a Dominican nightclub when he got shot. Post-recovery and back to living his regular life, Ortiz went into vivid detail about his horrific experience on that harrowing night.

David Ortiz: An escape from the jaws of death

David Ortiz went through intense care in the Dominican Republic before shifting to USA for further surgery after being shot. The Dominican doctors removed Ortiz’s gall bladder and some portion of his intestines to save his life. The Dominican police authorities said that the original shooting target was Sixto David Fernandez, the person sitting with Ortiz that night. But the shooters mistakenly shot at Ortiz, instead. 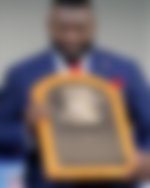 Alive and back to strength, David Ortiz once detailed the whole scary incident in an interview. Ortiz said, “I remember being out with my friend, having a drink, talking and I also get shot. I thought I was in middle of a nightmare.”

Ortiz further added, “I remember telling the doctor, don’t let me die. You know, I got kids and I wanna be with them. Before I got my third surgery, I lost little bit of hope. The doctors in Mass General, they were amazing.”

According to sources, David Ortiz later hired private investigators to find the real culprit behind the shooting. A deep dive into the case discovered the mastermind to be a Dominican Drug Lord, jealous of Ortiz’s fame. The investigation result shocked Ortiz as he reportedly told ‘The Boston Globe’ of only being a casual acquaintance. Popular in the baseball community for his sportsmanship on and off the field, Ortiz felt curious to know why would anyone try to kill him.

David Ortiz: Life after the incident

Post-recovery, David Ortiz described how he struggled to even consume food while healing from his wounds. Ortiz is yet to be awarded justice for the attack on him. Nonetheless, he is thankful to be alive. Retired from the sport, Ortiz is busy with life as a broadcaster.

Do you think David Ortiz will find justice someday?