New York Yankees star slugger Aaron Judge is rewriting baseball history. His achievements are taking the baseball community by storm. So he found some support in the form of a retired Yankees hero. That legendary player was Alex ‘A-Rod’ Rodriguez.

Making his MLB debut in 2016, Judge has already gone past the 200 home runs mark. He is the leading home run-scorer this season. Judge reached 50 seasonal home runs in the first game of the series against the Los Angeles Angels. ‘A-Rod’ is a long-time admirer of Judge. So, he soon congratulated Judge with a Twitter post.

Alex Rodriguez is in awe of Aaron Judge

Alex ‘A-Rod’ Rodriguez has an eye for talent. Since Aaron Judge entered the MLB scene, ‘A-Rod’ has been high on his praise. In every talk show that ‘A-Rod’ attends, he makes it a point to appreciate Judge’s skills and contributions. Moreover, ‘A-Rod’ has even pointed out the need for the Yankees to extend Judge’s term contract. 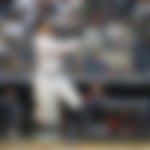 That is because ‘A-Rod’ has logical reasons to hail Judge. The proof is distinct in Judge’s sensational performances. He has scored 50+ seasonal home runs twice in his career. Notably, he is only the 10th player in baseball history to do so.

Congrats to @TheJudge44 on 50 home runs! History and plenty more to come. 🙏 https://t.co/hztVGOYuHO

In the series opener against the Angels, Judge reached 50 seasonal home runs. So ‘A-Rod’ put forth his congratulations stating, “Congrats to @TheJudge44 on 50 home runs! History and plenty more to come.” However, Judge has even gone past that mark now, smashing his 51st home run in the last game.

The chances for the Yankees this season

It’s still unclear whether Judge will play with the Yankees any longer starting next season. But it’s a certainty that he is determined to take his team to a World Series victory. More games for the Yankees will create chances to score a few more home runs. As of now, the Yankees are still inconsistent but have controlled the slump.

How many total home runs do you think Aaron Judge will score this season?