Alex ‘A-Rod’ Rodriguez’s ex-fiancee Jennifer Lopez tied the knot again with her former lover. Only that the man is not ‘A-Rod’. Rather, it’s her ex-fiance, actor Ben Affleck.

Alex ‘A-Rod’ Rodriguez, Jennifer Lopez, and Ben Affleck are all public figures who need no formal introduction. ‘A-Rod’ is a legendary baseball icon who achieved massive stardom while playing in MLB for the New York Yankees. He also played for the Seattle Mariners and the Texas Rangers before, respectively. On the other hand, Lopez is a pop music megastar with universal fame, while Ben Affleck is a world-famous actor.

‘A-Rod’ and Lopez were once a celebrity pair. The glamorous relationship gained limelight throughout the relevant timeline. Their engagement in 2019 received high publicity. Likewise, their breakup in 2021 turned into a favored topic for town gossip.

Jennifer Lopez once broke her engagement with Ben Affleck back in 2004. She then married singer Marc Anthony the same year until the divorce in 2014. Alex ‘A-Rod’ Rodriguez and Jennifer Lopez began dating in 2017. After a couple of years, ‘A-Rod’ proposed to Lopez in 2019, surprising her with an expensive engagement ring. 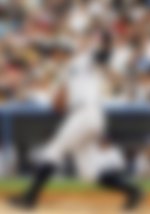 According to a report by US Magazine, prior to the engagement, Lopez talked about her relationship, saying, “I do believe in marriage. And I would love to grow old with somebody in a committed relationship. But I’m not forcing anything right now.”

The couple was supposed to get married in Italy in 2020. But due to the Corona Virus pandemic, the event got postponed. Ultimately, in 2021 the pair broke up. They initially denied the news, but later confirmed about parting ways.

Lopez has finally shared the first glimpse of her wedding gown on her social network handle. Lopez and Affleck rekindled their love in 2021. They recently got married at Affleck’s picturesque Georgia estate. A source added that “Lopez feels extremely happy being married to Ben.”

Alex Rodriguez’s life after the breakup

‘A-Rod’ is now highly busy in his professional life as a successful entrepreneur and broadcaster. Post break up with Lopez, he got linked up with fitness model Kathryne Padgett. Though nothing much is clear about the relationship.

What are your thoughts on Alex Rodriguez and Jennifer Lopez’s relationship? Do you believe they should have stayed together? Let us know in the comments below.