A change of places is now working wonders for Joey Gallo. The fans are still chanting his name. But the enormous difference is that it’s for cheers. The Yankee turned Dodger, Gallo seems to. be enjoying his new team environment, and it’s showing up in his performances.

Joey Gallo is a Los Angeles Dodgers left fielder. Gallo recently switched teams after a trade-off from the New York Yankees this season. He began his MLB career with the Texas Rangers, where he gained a considerable amount of popularity as a slugger. He is a two-time All-Star player.

Gallo is a highly effective fielder and a hard-hitting batter, the prime reasons why the Yankees drafted him in 2021. But he had a flopped campaign with the Yankees. His failures made his life miserable. He got traded off to the Dodgers on August 2nd, 2022. Life has taken a bright turn for him since then.

The ups & downs of Joey Gallo’s career can provide an entertaining plot for a Hollywood film. Now that he is in Hollywood city, a film about him might even be a real project. Gallo is a batter who struggles to make ball contact. He has a high strikeout percentage. 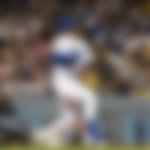 But what makes Gallo special is his ability to transform the majority of his hits into home runs. He set an American League record of reaching the 100 home runs mark in the fewest games. The record later got broken by Gary Sanchez. However, life got tough for Gallo in the Bronx. His failures with the Yankees made him a punching bag for the angry fans who bashed him.

Joey Gallo has a 1.067 OPS as a Dodger. It is the highest mark of any player traded at the deadline with his new team.

But less than a month after joining the Dodgers, life has turned around for Gallo and moving in a better direction. According to a source, speaking on the Dodgers’ coaching staff, Gallo said, “I think it’s just the work that we’ve been doing with the hitting coaches. Since the first day I got here, they said it’s not about immediate results, just about the process and getting back to the player I know I can be. So it’s been great. It’s been relaxing. They’re really smart. I’m excited to keep working with them.”

Gallo further added, “I think baseball’s definitely a mental game. It’s nice to kind of get a fresh start somewhere. Some nice weather. Be by the beach. That’s always nice as well. A great environment and great group of guys. And some mechanical things we’ve been working on as well, with the coaches.”

In a peaceful state of mind

Gallo seems to be enjoying his stay amongst the Dodgers’ team ambiance. Now under no pressure, he has slammed three home runs for the Dodgers so far. The team’s winning streak puts the icing on the cake for him.

Do you think Joey Gallo will win the World Series with the Los Angeles Dodgers?