Major League Baseball is up and running with full forces. With each game passing, the baseball league is getting more interesting. Recently, during a San Diego Padres game, UFC superstar Mackenzie Dern made her appearance in Petco Park.

Notably, Mackenzie Dern is a prominent name in the UFC community. A former world no. 1 ranked IGJJF competitor, Dern, who is ranked #4 in the strawweight division, is also in the race for the UFC gold. Earlier on Wednesday, Mackenzie wore the Padres and threw out the ceremonial first pitch for the NL franchise.

When talking about the Padres, they have been receiving a lot of criticism lately. Ever since they acquired Juan Soto and Josh Bell from the Nationals, the Padres have been playing even worse in the ballparks. Their star-studded batting lineup is not working out from the plate so far.

UFC superstar Mackenzie Dern stole the show from the mound

After facing five consecutive defeats, the San Diego Padres are finally back to the winning ways. Not only did they win the third game against the San Francisco Giants, but the Padres also clinched the three-game series. 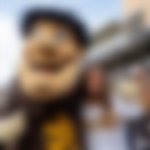 Although the Padres winning a series against a strong side like the Giants is a huge thing, the main highlight of the Wednesday game was Mackenzie Dern. She was wearing a Padres shirt and did the honor of throwing out the ceremonial first pitch from the mound.

Not only Mackenzie, but last week, another UFC star, Jalin Turner, threw out the first pitch for the Padres. The video of Makenzie’s first pitch is doing rounds on the internet.

Taking to Twitter, Paradigm Sports shared a short clip of the same. One can see Mackenzie jumping in joy when the home crowd cheered for the UFC superstar.

Coming back to the game, the Padres won the game 13-7 against the Giants. Considering the series sweep against the LA Dodgers, this series win was the need for the hour for the Padres. Because there are still around 50 league games to play this season. And the Padres still have a strong chance to win the World Series; especially after including Juan Soto and Josh Bell.

What are your expectations from the Padres in the postseason games?