Giancarlo Stanton looks all set to make a comeback from his injury. He is on schedule to play Thursday night’s game. The New York Yankees will start an away series against the Oakland Athletics on Thursday. But Stanton will play only as a designated hitter.

Giancarlo Stanton is an outfielder for the New York Yankees, and often plays the role of a designated hitter. He is a five-time All-Star player and has also played for the Miami Marlins, earlier.

Stanton is the recipient of this year’s MLB All-Star MVP award. His strong batting and athletic fielding make him an outstanding player. He got added to the Yankees injury list on July 26th and so is missing in action. Though he is still in the recovery process, and is on schedule to return on August 25th.

Giancarlo Stanton, famous for his hard-hitting skills, slammed 24 home runs this season until the injury. The injury-prone Stanton missed many games this year. Yankees’ manager Aaron Boone has utilized him very carefully, keeping his fitness issues in mind. His absence has hurt the Yankees, who are now struggling to win. 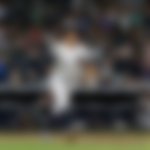 The Yankees are presently the American League East zonal leaders. But that honorable rank is courtesy of the Yankees’ dominant performances in the first half of this season. Injuries to some frontline players and loss of form for others have ruined the Yankees’ campaign after the mid-tournament break.

Giancarlo Stanton said that in a perfect world, he’ll start at DH in Oakland.

Stanton: “We're gonna turn it around, we'll be fine. There’s plenty of time to change whatever narrative is going on right now. We’ll be fine.”

Star performers like Stanton, DJ LeMahieu, and Anthony Rizzo are fighting through fitness issues from time to time. While Josh Donaldson and Gleyber Torres are out of form. Whereas, put in the mix, Aaron Judge and Andrew Benintendi’s effective yet inconsistent performances. As a result, the Yankees’ offense is now proving to be lackluster in most of the games.

But Stanton, on the verge of a comeback, foresees the Yankees’ return to glory. According to a report, recovering from Achilles Tendinitis and raring to get back in action, Stanton said, “We’re gonna turn it around and we’ll be fine. I think there’s plenty of time to change whatever narrative is going on right now and be fine.”

The Yankees are surely missing the gigantic home runs from Stanton’s bat. Without his muscular prowess, the whole pressure is on Judge to carry the Yankees’ offense through. The Yanks have won the first game of the Subway Series against the New York Mets. Having Stanton back in the ranks will ignite the Yankees’ home run machine.

Do you think Giancarlo Stanton can help the New York Yankees to win the World Series? Let us know in the comments.