Alex ‘A-Rod’ Rodriguez gained a lot of popularity as a player for his sporting success. Outside the ballpark, he has always remained equally famous. Rodriguez’s life away from professional excellence stays in the limelight mostly because of his celebrity pairings. One of his most gossiped romantic affairs was with Hollywood star Jennifer Lopez.

‘A-Rod’ has always remained a remarkable player since the beginning of his MLB career with the Seattle Mariners. Then next, he carried on with the same exhilarating performances with the Texas Rangers too. But joining the New York Yankees made him a larger-than-life figure and transformed him into a sporting celebrity.

Boasting a history of dating multiple high-profile women, ‘A-Rod’ once dated renowned singer-actress Jennifer Lopez. Being a celebrity performer, Lopez performed at the 2020 NFL Super Bowl. Sharing the stage with her was pop music sensation Shakira. As the two celebrities had a friendly chat before their performance, the focus shifted to Lopez’s purse.

Back in 2020, Alex ‘A-Rod’ Rodriguez and Jennifer Lopez were a couple. It was the year of Super Bowl LIV. The game got contested between the Kansas City Chiefs and the San Francisco 49ers. The venue was the Hard Rock Stadium in Miami Gardens, Florida. 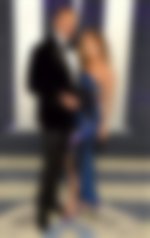 It was a thrilling game where the Chiefs reigned supreme. The game got tied at the second-half mark. Then resuming play after the Super Bowl performance, the 49ers took a healthy lead in the third quarter. Everything seemed on course for a certain 49ers victory.

Loving @jlo’s purse with my birth date on it!! 😜 pic.twitter.com/LXj9b8mhpD

Away from the sporting action, Lopez’s purse won the day. Shaped like a football, the markings on the purse mentioned the date of February 2nd, 2020. Interestingly, it was also Shakira’s birthday and so the gesture won her heart. Shakira even posted on Twitter quoting, “Loving JLo’s purse with my birth date on it!”

The present status of the A-Rod JLo pair

‘A-Rod’ and Lopez broke their engagement in 2021. Following the split, Lopez paired up with actor Ben Affleck. They got engaged in the same year and recently got married. On the other hand, ‘A-Rod’ is now a caring single father, balancing life between family and busy professional life.

What are your fond memories from the 2020 Super Bowl?