Henry Cejudo is one of the most accomplished fighters in the world. He is an Olympic gold medallist and a two-division champion in the UFC. However, ‘The King Of Cringe’ is known to set his goals as high as it possibly can be. On Saturday night ‘Triple C’ took to Twitter to call out another opponent.

Though Cejudo has retired from the sport, he has always been in and around combat sports and trolls fighters in the flyweight and bantamweight divisions. It’s no secret that Cejudo wants to challenge for the featherweight belt as well. However, it looks as though ‘The Messenger’ has his eyes set on a belt in another sport.

On Saturday night, Teofimo Lopez caused one of the biggest upsets in boxing history. He was able to out-box pound-for-pound great Vasyl Lomachenko for 12 rounds and survive a late comeback to secure the win. In the process, he retained his IBF lightweight title and added the WBA, WBO, and Ring titles to his collection as well.

@teofimolopez congratulations on your unification. Be a good babysitter and watch over Daddy’s belts! #younext 🏆🏆🏆 pic.twitter.com/eMNfx234UV

Though most people were impressed with Teofimo, Cejudo was not. He took to Twitter to post a video. The caption said, “(Teofimo Lopez) congratulations on your unification. Be a good baby sitter and watch over daddy’s belts”. The video shows Cejudo sarcastically clapping at the new champion. ‘The King of Cringe’ then said, “Teofimo congratulations man, you’re part of the Triple C sweepstakes. Cause you’re next to bend the knee to Triple C. What’s up? What’s up?”

Following his win, the 23-year-old boxer was called out by many boxers, and the former champ-champ himself. In the past ‘Triple C’ has expressed his interest in fighting  Ryan Garcia. However, the former champion has his sights now set on someone else entirely. 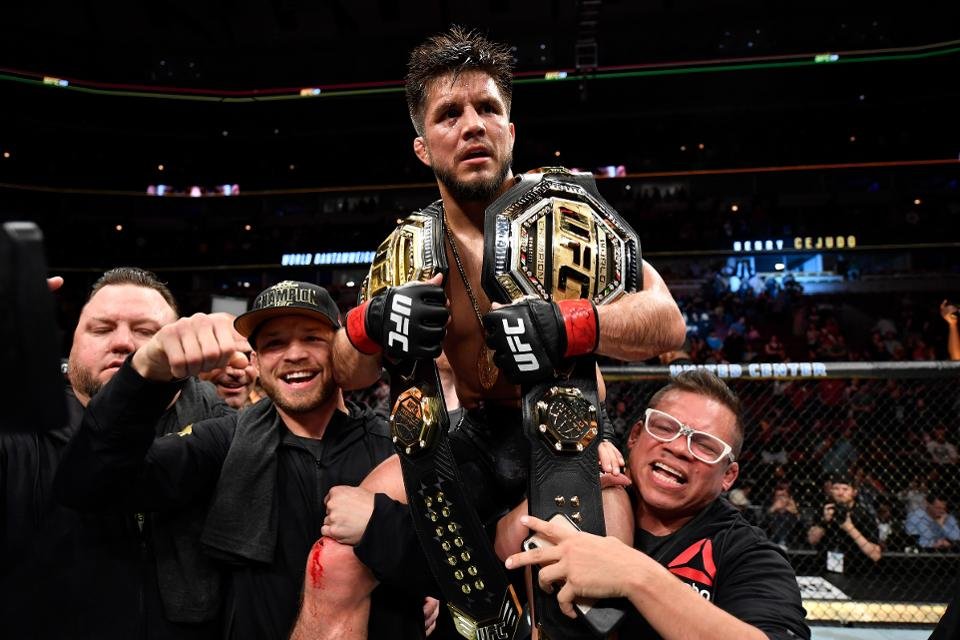 Henry Cejudo last fought in May this year when he beat Dominick Cruz and defended his belt. Following the win, he decided to retire. However, the fighter is still only 33 and has a lot of fight left in him. He has always maintained that the right challenge and the right amount of money would entice him back to the sport. A boxing super-fight would definitely tick both those boxes.

Do you think we get to see Henry Cejudo in a boxing match? Is it something that interests you