As we inch closer to 2022, the UFC has slowly started to shape its calendar for yet another year. This time around, a middleweight matchup between Jared Cannonier and Derek Brunson has been added to what will be the first PPV event of 2022 for the promotion.

UFC 270 will take place on January 22nd. However, at this point in time, the location for the same has not been confirmed. It is worth noting that UFC President Dana White stated that the UFC is targeting a middleweight title fight between Israel Adesanya and Robert Whittaker for January.

If the fight is confirmed, it will most likely head that UFC 270 card. Unfortunately, the COVID-related mandates in both Australia and New Zealand are making the fight difficult to finalize.

Is Derek Brunson vs Jared Cannonier for the number one contender spot?

A fight between Derek Brunson and Jared Cannonier will undoubtedly be for the number one contender spot. Brunson is currently on a five-fight win streak. This includes wins over the likes of Kevin Holland, Edmen Shahbazyan, and most recently Darren Till.

Meanwhile, ‘The Killa Gorilla’ recently bounced back into the win column against Kelvin Gastelum after Robert Whittaker snapped his three-fight win streak back in October last year. 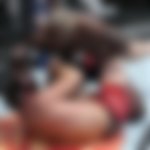 Israel Adesanya’s coach recently claimed that he was not sure the fight against Robert Whittaker would take place and that he prefers Derek Brunson over Whittaker since he is on a five-fight win streak. With Brunson now booked for a fight, it is all but certain that Whittaker will take on Adesanya for middleweight gold in the near future.

Ever since his loss to the champion, Derek Brunson has been extremely impressive. He has displayed a well-rounded game and has used his wrestling effectively against dangerous strikers.

The common consensus is that he will use the same approach against Cannonier, who is a devastating striker and has secured 64% of his wins via T/KO. It will be interesting to see how Cannonier copes with Brunson’s game plan as the two men prepare for a significant test in their respective MMA careers.

Watch this story:- Five Potential Opponents for Nick Diaz After His Loss Against Robbie Lawler at UFC 266

What do you make of the fight between Cannonier and Brunson? Who do you think takes the win? Let us know in the comments below!