WATCH: Michael McDowell Had a Violent Crash at the Texas Motor Speedway

Conor McGregor is one of the biggest stars in the UFC. The Irish superstar is known for his uncanny ability to call his shots and then have the confidence and the skill to execute them. This has contributed to him being one of the biggest personalities in all of sports.

‘The Notorious’ has always prided himself on being one of the cleanest athletes in the game. The Irish fighter has never had a brush with the agencies regarding the use of any potentially banned substances. He has also always been critical of fighters and organizations that do not promote fighting ‘Clean’.

Conor McGregor does not approve of Bellator MMA’s testing process

Conor McGregor recently replied to a tweet by fellow SBG Ireland fighter Sinead Kavanagh.  Her Tweet read, “Fighter’s be willing to take a covid test, How about a pre-fight drug test”.

Conor replied, “It is crazy to think (Bellator MMA) still do not have a performance-enhancing drug testing system in place. It is long overdue time the promotion adopts a reputable testing body in order to keep it’s clean athletes safe!”

It is crazy to think @BellatorMMA still do not have a performance enhancing drug testing system in place. It is long overdue time the promotion adopts a reputable testing body in order to keep it’s clean athletes safe! https://t.co/G4w3vzv7mE

The UFC partnered with USADA in 2015. The agency has a specified list of substances which are permitted for use and the substances that are not. The partnership with USADA means that the agency tests athletes throughout the year at random. If a fighter fails a test he/she faces a ban for a specific period depending on the nature and seriousness of the offense.

However, Bellator has not partnered up with any agency Instead, athletic commissions test fighters on the week of the fight, which has drawn a lot of ire. 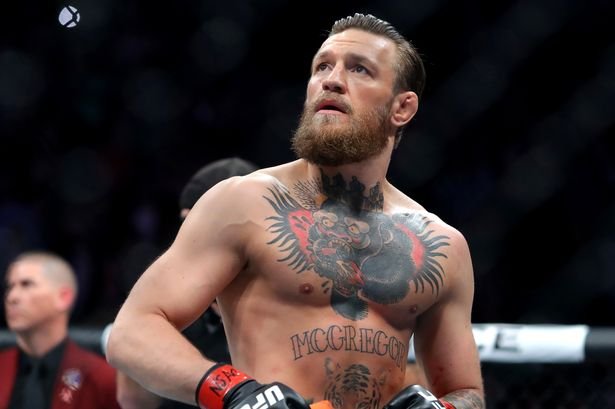 The decision to not have testing all year round has been a controversial issue surrounding the organization. Fighters and pundits alike have complained about the same. Though Conor McGregor is not a part of the organization, many of his teammates from SBG fight for Bellator; therefore, it’s obvious that ‘The Notorious’ wants his peers to fight fighters who are ‘Clean’

Do you think the Bellator should partner up with an agency to have fighters tested throughout the year? Do you think Conor McGregor makes a valid point?

Dustin Poirier Says Justin Gaethje is ‘Not a Matador’