There are a lot of interesting fights to look out for in 2021. A number of story lines are brewing as the UFC pieces together the first half of 2021 together with some insane fight cards. The organization started off the year with a stellar card at UFC 257 between Conor McGregor and Dustin Poirier.

Much of the build-up leading up to the fight was about what would be next for the winner. Would the winner fight Khabib for the title, or would they fight someone else? ‘The Eagle’ met with White at Fight Island and said that he would return if he saw something impressive at UFC 257. 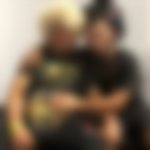 The common consensus was that if Conor McGregor could stick to his 60-second knockout prediction against ‘The Diamond’, it would entice Khabib back to the octagon for the second fight.

Not only would the fight do extremely well business-wise, but it would also be an opportunity for Khabib to assert his dominance as ‘The Notorious’ arguably fared better against Khabib than the likes of Gaethje and Poirier. However, that did not happen as Conor was stopped in the second round of the fight at UFC 257.

In a recent interview with Submission Radio, the hosts asked Mendez about what he saw at UFC 257, and how a second fight between Conor and Khabib would have played out.

Javier Mendez explains Conor McGregor would have gotten “smashed” if he rematched Khabib in 2021!

“Straight up. Khabib’s better. He’s better than he was when they fought two years ago. Conor didn’t appear to be better. He’s regressed a little bit.”

Do you think we will see Khabib in the octagon ever again? Or is he done for good? Let us know in the comments below!