Conor McGregor’s possible fight against Dustin Poirier is tantalizing to all. Not only do fans see it as Conor’s return to the octagon, but they also see it as two elite lightweights fighting in a genuine contenders fight. The appeal it has is not just a rematch between Conor McGregor and Dustin Poirier after six years, but also the ramifications it has on Khabib Nurmagomedov or Justin Gaethje.

However, for those ramifications to be real, the fight has to happen in the weight class being discussed. Dana White absolutely shut down talks of the fight happening at welterweight on BT Sport.

Dana White says @TheNotoriousMMA and @DustinPoirier's rematch has to happen at 155lbs, otherwise the fight means nothing 🤷‍♂️ pic.twitter.com/iHwZ77oxSO

“Its a 155 pounds. I am not putting on a multi-million dollar fight at Catchweight that means nothing. it means nothing. The fight means nothing at 170. Neither one of those two are ranked at a 170 pounds and it doesn’t do anything in the 55-pound division if either one of them wins. Because they are fighting at 170. It literally makes no sense. There are plenty of organizations that put up fights that don’t make sense. You can go watch those kinds of fights every weekend. That’s not what we do here.”

If Dana says it, it must be true. Right? Well, he has gone back on his word with certain things before. However, there really is no reason to doubt the UFC President right now. The possibility of him relenting and letting the fight happen at 170 is a distinct possibility. One thing he will make clear is that this win means nothing for either Conor or Dustin’s chances of getting a lightweight title shot. But then, why are UFC fans even watching the fight? 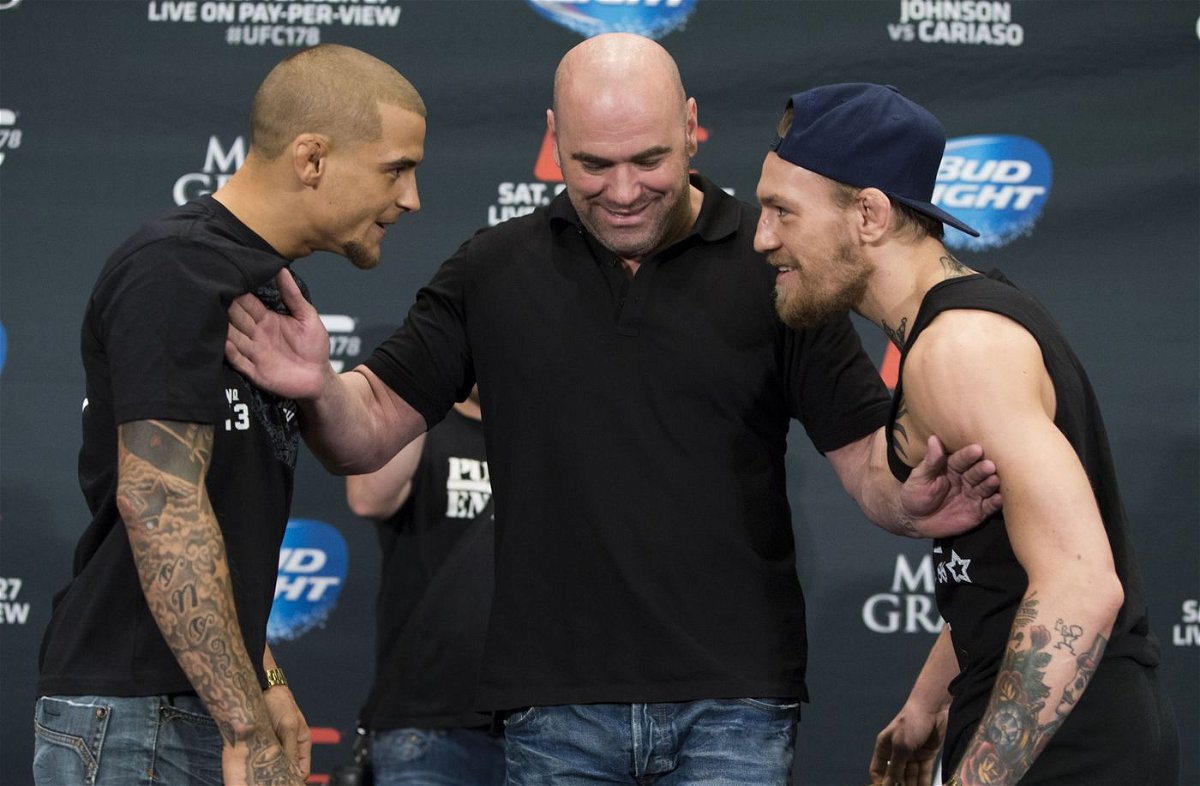 Low stakes Conor McGregor fights will sell, regardless. But this isn’t just about selling a fight. These are two elite fighters that can build their legacies through fights like this. Why have it go down and let everyone question its validity due to the weight class? ‘The Notorious’ has only fought at welterweight for either grudge fights (Nate Diaz) or a gimmick return (“Cowboy” Cerrone).

If these two fight, there should be real stakes behind it. Those stakes are created at 155, which is White’s viewpoint on the same. Let’s see where these talks go from here.