Israel Adesanya and Jon Jones have been going at each other on Twitter for a while now. It’s no secret that the current middleweight champion ‘Izzy’ and the former light heavyweight champion ‘Bones’ dislike each other. Over the past week, the pair have trolled each other multiple times.

Following his recent win at UFC 253, Adesanya is observing two weeks in quarantine in Las Vegas before he can go back home to Auckland. This has given him a lot of free time to make fun of fighters like Costa, who demanded an immediate re-match, and also Jon Jones.

On the recent episode of ‘DC’ and Helwani’, the pair dissected the recent twitter exchange between Jon Jones and Adesanya. Helwani compared “quarantined Israel Adesanya” with sea level Cain and a motivated BJ Penn. He claimed that ‘Izzy’ is the most dangerous of them all.

They need to let these cats fight each other NOW! And for the record Internet Izzy is an absolute savage !!!!

Daniel chimed in and said, “It got ugly last week. It got ugly. Because there were personal insults, there were attacks on the family. There were so many levels of disrespectful tweets….. Look man, there is a level of research and things that you will do in fight promotion. At least that’s how I looked at it. If I said something against Jones or Miocic or Gustafsson, any of those guys I was fighting for titles. I would always try to find out if it was true. Trust me, I’ve always heard about Jones hiding under the ring when we were going to fight the first time, from the drug testers.” 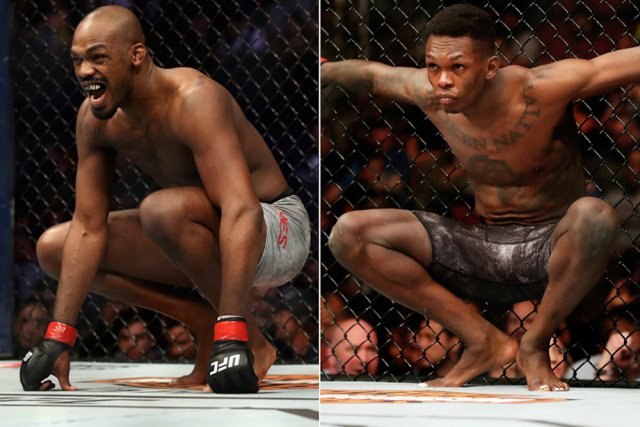 The back and forth between Jones and Israel might have started as banter, but turned ugly pretty quickly. In the last week, both men have dragged family into the tweets. Jones tweeted about ‘Izzy’s’ father and Adesanya in response tweeted about Jones’ late mother.