Khabib is now set to defend his title against Justin Gaethje. It’s no secret that ‘The Eagle’ will not be fighting for much longer. Should Khabib win against Justin at UFC 254, the possibilities for the next fight are endless, both inside and outside the octagon.

In a recent interview with Kevin Iole, Khabib was asked for his thoughts on potentially facing Mayweather. The Russian fighter has strongly opposed a fight against Conor McGregor as he was not seeking a money fight. Instead, he wanted a fight that would cement his legacy. Therefore, a fight against Floyd Mayweather contradicts that notion.

Nurmagomedov explained, “Like Mayweather more exciting fight for me. You know, it’s like Mayweather is a new challenge. He is one of the greatest of all time…. Like always every month people call me and they ask me, you gonna fight with Floyd Mayweather if we pay you $100 million? It’s like crazy. 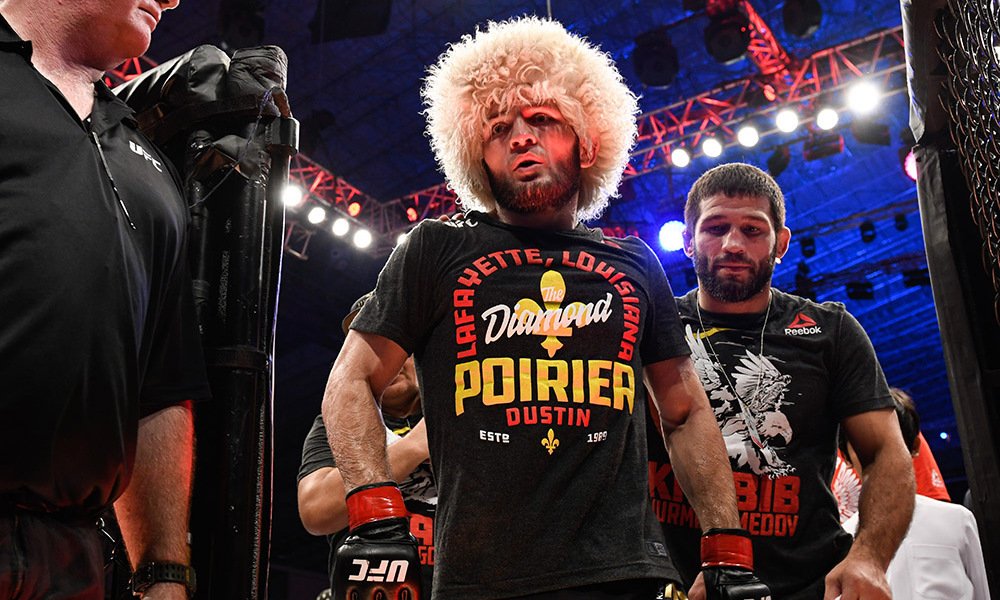 Khabib revealed that his loyalty is due to the fact that he signed a contract with the UFC eight years ago. He said that everything he has today is because of what the UFC has given him. Therefore, he maintained that once his contract with the UFC ended, he would be open to talks. However, till then the only possible route for a fight with Mayweather is through the UFC.

Do you think a fight between Khabib Nurmagomedov and Floyd Mayweather makes sense? Will it materialize soon?