‘Bon Gamin’ entered the fight on the back of 9 successive MMA wins and took on a challenger who had his own 4 fight win streak. Before the fight, there were talks about Lewis’ explosive power and the deadly right hand.

Gane nullified the threat with his astute footwork and careful approach. He never let the Houston native gain an advantage.

In the post-event press conference, UFC supremo Dana White showered praises for the undefeated Frenchman. “Well, I don’t know if he is the evolution, but, you know, he is a freak athlete. I mean, every once in a while, you will come across freaks in different weight classes and he is definitely one of those guys,” White said.

“I mean, he is a big powerful dude… when he walked into the octagon tonight, I was like, ‘Holy sh*t wow’,” White added.

When Dana White got scared of Derrick lewis and Ciryl Gane

UFC heavyweights are no ordinary-sized persons. As their name suggests, they are superhumans. With all his bulked-up body, White still looked small in front of these 250, 260 pounders. He detailed his thought process from their stare-downs before the fight at UFC 265.

“When I was doing stare-downs with these guys…I was doing nothing, you know. If that decided to go wrong, I would have ended up in the sixth row of the stands, not the floor,” the maverick entrepreneur said. 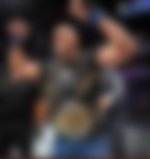 “I can’t explain in words, the power when I was in between these guys…very humbling, man. The seriously powerful human beings.”

White then praised Gane for keeping the tempo the same throughout the match. The Frenchman impressed his boss with his cardio and footwork. “He’s a freak of a nature athlete,” White concluded.

Things are looking bright for Gane from here, but the same can’t be said for Lewis. While Gane will prepare for a potential showdown with Francis Ngannou, the Black Beast has to go back to the drawing board and try to figure out a way towards the title picture again.

What did you make of White’s comments on Gane?