UFC icon and former lightweight champion Khabib Nurmagomedov absolutely dominated the octagon when he used to make an entrance. Seldom it would have happened that someone has frightened him.

‘The Eagle’ has been doing different things post his retirement from the sport. He has taken up more of a background role that includes training his buddies, opening his own MMA promotion, playing soccer, and also riding a fast car- and getting scared of it.

In a recent video surfacing online, ‘The Eagle’ boarded a fast car (with possibly a turbocharger mode on). It was all fun at the beginning for the icon, but slowly his thrill ride turned into a frightening one for him, with drifts and sharp turns being normalcy at turnings.

WATCH THIS STORY: 5 fights you do not want to miss at UFC Fight Night: Jung vs Ige.

‘The Eagle’ retired from the sport after competing for the last time in the octagon at UFC 254. He defended his title against one of the fiercest strikers in UFC, Justin Gaethje.

Out of all the things he has been doing after retirement, he has shown much of an interest in pursuing a career in football. 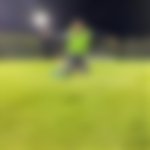 “If some clubs, they offer me, they make me interesting (offer), I’m gonna accept this,” Khabib said in a Q&A session. “Football is, for me, best sport…. Football is on another level. MMA, I like MMA, I like fighting. I like competition with people, with the best fighters in the world. But football, for me, is, like, best sport.”

Apparently, many clubs have offered him to play for them. ‘The Eagle’ has revealed many times that he used to play football a lot as a child. And he had a dream of becoming a footballer.

“When you have to fight in MMA, when we have to play in football, this is two different (sports). But if some clubs, they offer me, like, they make me (interested), I’m gonna accept this because this is my childhood dream.

“I love football. I follow football since when I was kid when I was a child. This is my first love,” he concluded.

Well, UFC fighters switching sports is becoming a new norm. Fighters like Tyron Woodley and Ben Askren have traded sports and entered boxing. Khabib though has his own trend to create.

Can we see Khabib on the soccer field soon?