Justin Gaethje will attempt to win the lightweight belt on October 24. He will face an undefeated champion in Khabib Nurmagomedov, who has won all of his fights in the UFC thus far in dominant fashion. ‘The Eagle‘ is a threat to anyone facing him, but ‘The Highlight’ is well aware on how to tackle the beast. 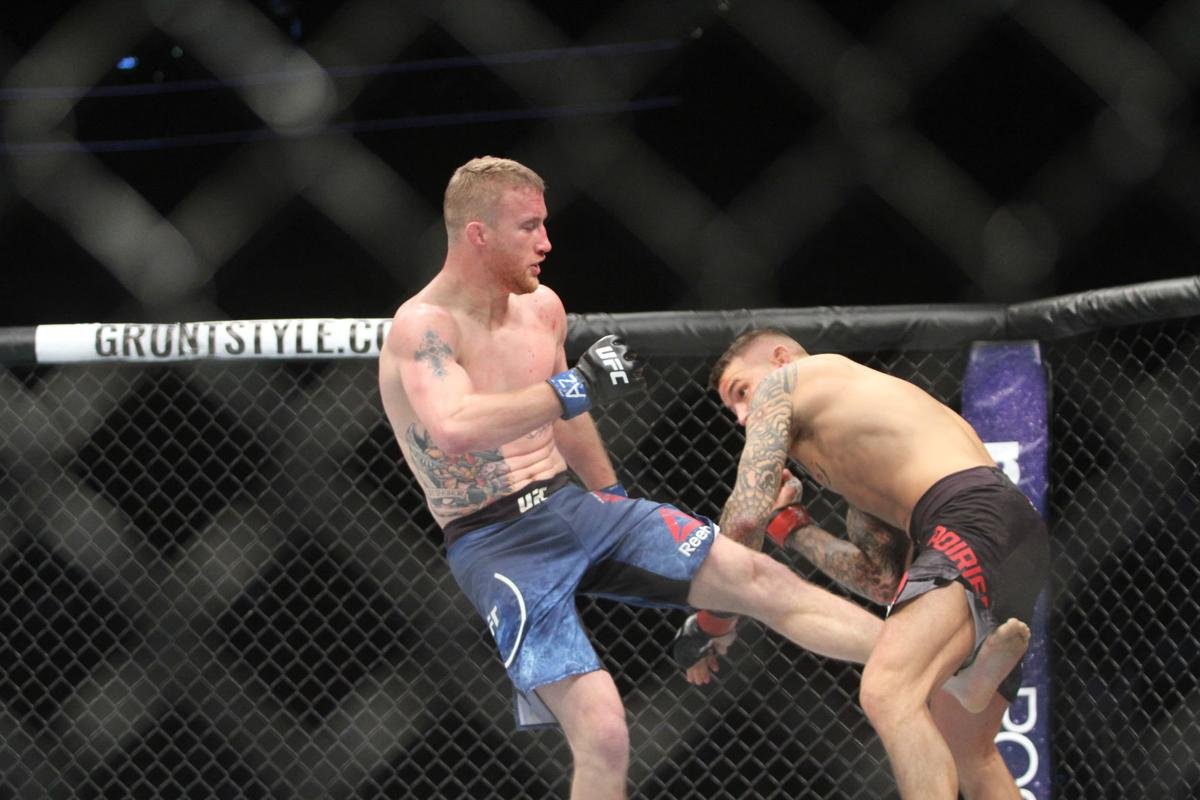 In 12 fights with the UFC, ‘The Eagle’ has rarely ever seen his own blood inside the octagon. Justin Gaethje, on the other hand, prides himself on making his fights bloody. More often than not, it is his opponents that are left in a pool of their own blood.

Leading up to the UFC 254, Justin makes an interesting statement regarding his fight with Khabib.

Justin Gaethje on Khabib’s reaction to his own blood

In a recent interview with Brett Okamoto of ESPN, Justin was asked if he was if he knew what fighting Khabib would entail. He replied saying, “I have a really, really good belief that he is going to have a hard time putting me on the fence. And I know I’m going to see his blood. So I want him to see his blood and I want to see his reaction.”

Okamoto then asked, “What do you think his reaction will be?”

Gaethje further went to reiterate that Khabib will definitely freak out a bit when he sees his own blood. Do you agree with him? Or will ‘The Eagle’ soar yet again?