The fight between Justin Gaethje and Michael Chandler at UFC 268 will have huge implications on the title picture at lightweight in the UFC. Gaethje and Chandler are ranked number two and four respectively at 155-pounds in the UFC.

Therefore, there is a strong case to be made for the winner to get a title shot against the winner of Dustin Poirier vs Charles Oliveira.

Gaethje has been adamant that a win over Chandler should get him a title shot. In the pre-fight interviews, Mike Bohn asked ‘The Highlight’ if that was something promised to him by the UFC or if it was something he believed should happen.

Gaethje added that he hopes Dustin Poirier secures a win against Charles Oliveira at UFC 269. ‘The Highlight’ stated that he would like to exact revenge over ‘The Diamond’ and therefore is rooting for Poirier to secure a win.

Does Justin Gaethje deserve a title shot with a win at UFC 268? 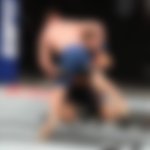 Both Chandler and Gaethje believe that a win should immediately win them another title shot. However, Islam Makhachev is currently on a nine-fight win streak and is probably the most deserving of the lot for a title shot.

Gaethje’s loss to Khabib was one-sided, ‘The Eagle’ dominated the fight from the very first minute. With Chandler, although he won the first round, he was stopped in the second round.

Therefore, it is unfair that either Chandler or Gaethje should jump Makhachev for a title shot since neither of their title fights was close. However, the nature of the win at UFC 268 could play a huge role in determining the next challenger.

Watch this story:- Kamaru Usman’s intense training routine for his rematch against Colby Covington at UFC 268

Dana White has stated that a number one contender fight might be next for Makhachev. Therefore, a fight between the winner of Chandler vs Gaethje and Islam Makhachev would make sense.

Kevin Binoy is a senior UFC author at EssentiallySports. He earned a Bachelor's degree from Fergusson College and has been covering sports professionally for over two years. Besides working with the MMA desk, Kevin is a core member of the organization's web stories team and is responsible for delivering engaging MMA web stories.
ARTICLES BY AUTHOR