UFC veteran and perennial fan favorite Nate Diaz made his return to the octagon after two years as he fought Leon Edwards in the main card of UFC 263. The card, which was headlined by a middleweight title clash between Israel Adesanya and Marvin Vettori, saw a record being created.

Terrance McKinney created lightweight history as he knocked Matt Frevola in 7 seconds. His effort, though, still fell short in front of UFC’s all-time record. That belonged to Jorge Masvidal, who knocked Ben Askren in a 5 second KO win. 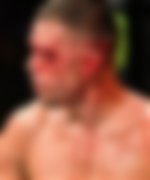 Coming back to Diaz, the Stockton native fought Edwards in a first-ever 5 round non-title match. Edwards fairly dominated the match for the first four rounds. Diaz almost gave him a scare in round five, but Edwards hung in enough to manage a unanimous decision win.

The win has ensured that Edwards now is a step closer to the title fight. He could face Kamaru Usman in a rematch if all things align accordingly.

In the post-fight interview, Diaz was asked about his opinion on Edwards fighting for the title next. The fan-favorite asked who is the champion and then proceeded to his answer. “He lost to Kamaru last time. I don’t know, let’s see that. That fight, rematch… I think I take all these guys out,” he said.

Diaz hasn’t been active in the octagon for the last five years. After his marathon matchup with Conor McGregor in 2016, he has only featured in 3 other matches including this one. He now has a 2 match skid.

Dana White unsure about what’s next for Nate Diaz

Dana White had few words of praise for Diaz as he applauded his endurance to survive the match after being cut open badly.

Diaz also hoped that he can make a return in 3-4 months for his next fight. He, however, didn’t mention any specific opponent. White said he can’t really figure it either at this point.

“He was working the whole fight to get into his head and try to make him make a mistake, and then he eventually caught him in the fifth round. He’s unbelievable. He’s gonna be asking us for a six-round fight next time.”

Well, Diaz has now recorded 3 losses in 4 matches with his solitary win coming against Anthony Pettis at UFC 241. At the advanced age of 36, the gruesome fights and subsequent injuries will only slow him down from here onwards. For now, he may have to wait to find his next opponent.

Can Diaz make a comeback soon after this loss?

WATCH THIS STORY: Nate Diaz’s most iconic moments on the mic