Israel Adesanya is quite different in terms of what amuses him. He has often had fun at the expense of people in a way not everyone can grasp. From throwing around obscure anime references to his weird in-ring taunts, Adesanya’s humor is not for everybody. But there are a lot of things that the Middleweight Champion finds amusing that we can also take a laugh at.

The star here is UFC Women’s Strawweight contender Loma Lookboonme. The Thai fighter fought on the first fight night of October, on the prelims of the Holly Holm vs. Irene Aldana card. She faced journeyman fighter Jinh Yu Frey and won via unanimous decision.

To celebrate her win on Fight Island, Lookboonme made an investment back home with her fight purse. She bought her father two buffalos and named one ‘Abu’, while the other was named ‘Dhabi’. This is a clear homage to the place where she fought and earned the paycheck to help her father.

Israel Adesanya tries to maintain a positive relationship with most fighters. Unless there is money to be made in a rivalry, Izzy is relatively respectful to everyone he comes across. He paid respect to Anderson Silva when matched up against him. He commended and praised Yoel Romero multiple times leading into their fight. Along with all this, he also has maintained a respectful relationship with the man he beat for the title, Robert Whittaker. 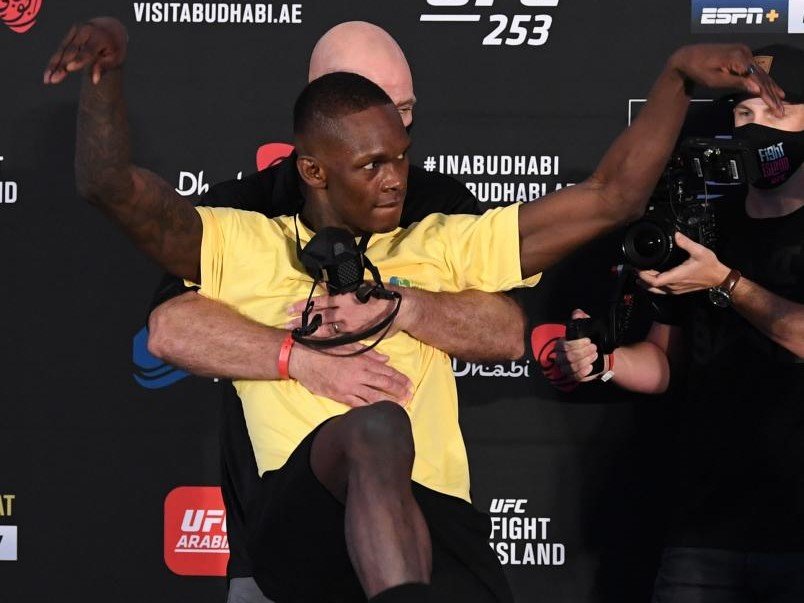 Outside Paulo Costa and Jon Jones, there is no reason to suggest that Izzy is a confrontational fighter like many others. He probably won’t cross with Loma Lookboonme soon, but happily shared what she did because it amused him. Involuntarily, he has given more visibility to the young Thai prospect.

Lookboonme has a long road ahead of her in the division, having just started in the UFC. She is one fight in and came out with a win. The larger challenge is to stay relevant in a division that has seen a lot of personnel turnover. Whether Loma carves out a successful UFC career will be interesting to see.