As the UFC marks it returns to Fight Island, it has made sure to kick things off with a stacked card. Paulo Costa and Israel Adesanya will headline the PPV with the middleweight title on the line. However, one fight that has a lot of potential is the Hakeem Dawodu vs Zubaira Tukhugov bout at catchweight, which will kick off the main card proceedings.

Unfortunately, the build-up to the fight wasn’t auspicious as Tukhugov missed weight. ‘Zuba’ came in four pounds over the non-title featherweight limit of 146 pounds. While ‘Mean’ came in at 145 pounds on the dot.

Dawodu’s UFC career did not get off to the best start. The Canadian fighter succumbed to a defeat against Danny Henry on his debut. However, since then he has been nothing short of impressive and is unbeaten in his last four fights. Most recently, ‘Mean’ won his fight against Julio Arce in September 2019.

Dawodu is extremely good while standing up and will aim to keep the fight away from the ground. He has finished 64% of his opponents via TKO/KO. Hakeem lands on average 5.91 significant strikes per minute as compared to a 2.19 absorbed. He will look to dish out punishment early and often at the Flash Forum. 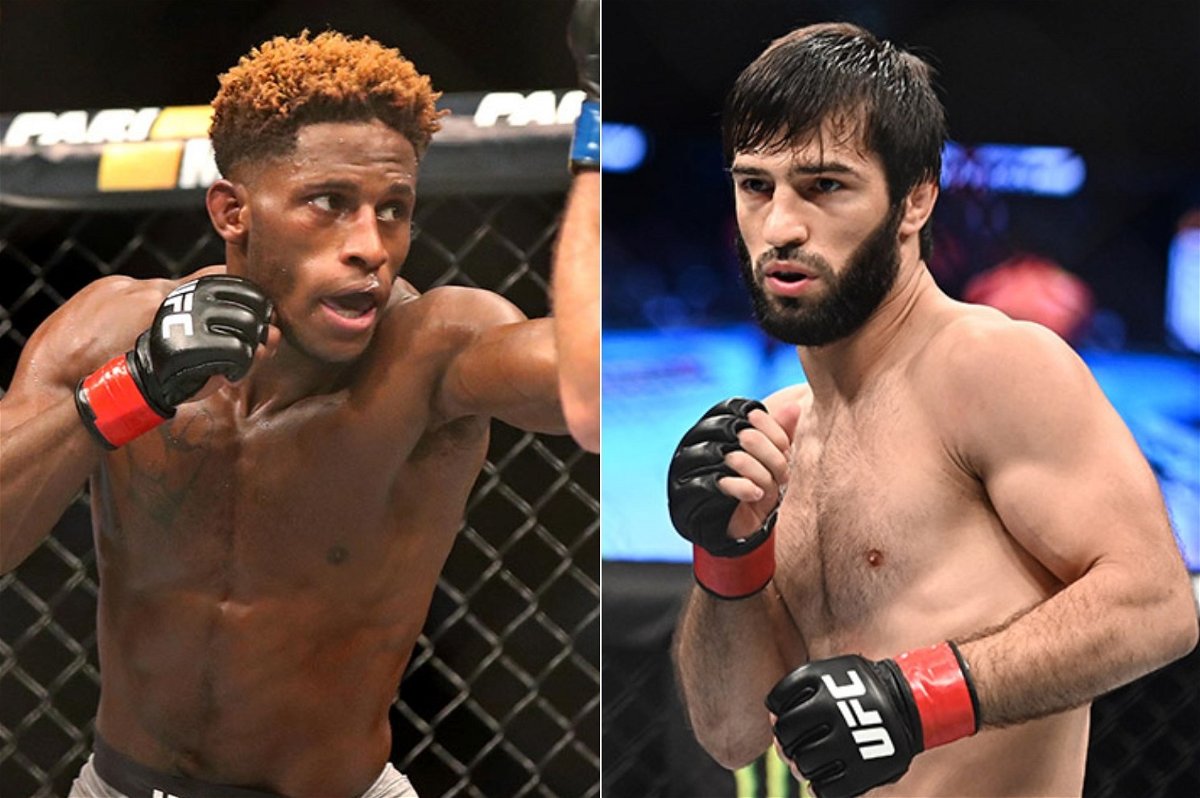 ‘Zuba’ as he is affectionately known, made an impressive 3-0 start to his UFC career. Recently, the Russian has faced a bit of a slump as he is 1-1-1 in his last three fights. Zubaira hails from Chechnya in Russia and belongs to the same camp as Khabib Nurmagomedov. Therefore, it is no secret that grappling and getting the fight to the ground will be his way to victory.

‘Zuba’ averages 2.13 takedowns per 15 minutes in the UFC. That will not be easy to maintain against Hakeem, given he has a 88% takedown defense. ‘Warrior’ lands at a below-par 35% in striking accuracy. Nevertheless, Zubaira proved in his last fight that he possesses some serious power with his hands, as he knocked out Kevin Aguilar in the very first round.

Both men will look to make their case for a title shot against Volkanovski, with an impressive win on Saturday. This will be a very closely contested fight. Though the statistics and the recent record favors ‘Mean’ Hakeem, fans cannot count Tukhugov out.