UFC 265 welcomes the crowd for the fifth time this year as Derrick Lewis battles Ciryl Gane for the interim heavyweight title in the main event. Apart from that high octane clash, there are other exciting fights, especially in the prelims. One fight to look out for is a bantamweight clash between Vince Morales and Drako Rodriguez.

Morales is currently on a two-fight skid. He last fought against Chris Gutierrez at UFC on ESPN: Woodley vs Burns in the featherweights and lost via TKO. Just three months after that, he suffered a torn Achilles tendon, which required two surgeries.

His career tally presently stands at 9 wins and 5 losses. Out of those 9 wins, with 5 coming via KO/TKO, and 2 each via submissions and decisions.

WATCH THIS STORY: 5 interesting facts about UFC you didn’t know about

Meanwhile, ‘The Great Drakolini’ Rodriguez will enter his second fight for the promotion. His first fight for the UFC had a bitter ending as he lost to Aiemann Zahabi via KO at UFC Fight Night: Blaydes vs Lewis. His win-loss tally stands at 7 wins and 2 losses. Out of those 7 wins, 2 have come via KO/TKO, 4 via submissions, and 1 via decision.

If we compare their physical stats, ‘Vandetta’ reaches 5’7″ in height with a reach of 70″. Meanwhile, Rodriguez stands at 5’8″ with a slightly lesser reach of 69″. Both the fighters operate in an orthodox stance. 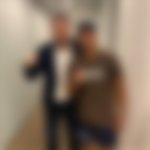 If we look at Rodriguez, he has superior submission skills and a clear blueprint to victory after watching Morales’ recent losses. The latter has an affinity towards leg kicks. ‘Vandetta’ meanwhile has enough power to spill water on Rodriguez’s hard work. The latter should focus on not getting defensive lapses, otherwise, it will be over quickly.

It’s almost equal at this point. But Rodriguez has youth on his side as an advantage. He seems to have more weapons in his possession and the low kicks to deflate Morales. Probably Morales will have a say in the first round, but Rodriguez seems to be the one going all the way.