After 6 years, the UFC and James Vic have parted ways. Vic’s career in the UFC ended after his contract expired, having made his debut back in 2013.

The UFC did not choose to re-sign the ‘Texecutioner’. He now becomes the latest fighter to test free agency.

Vick's contract expired following his last bout and was not renewed. He is currently in talks with several other promotions.

James Vic’s entry into the UFC started bright as he racked up five wins in a row. The Texas native made his debut on the UFC Fight Night card headlined by Shogun vs Sonnen. Vic got a first round submission (Guillotine Choke) over Ramsey Nijem.

But it would not all be smooth sailing for James Vic. He experienced his first loss against Beneil Dariush, where he lost via knockout in the first round. The loss however did not deter Vic as he won his next four fights.

This streak brought James Vic back into the top contender-ship at Lightweight. His next fight would prove the most important. James Vic was set to fight Justin Gaethje, who was coming into the fight on the back of 2 consecutive losses. 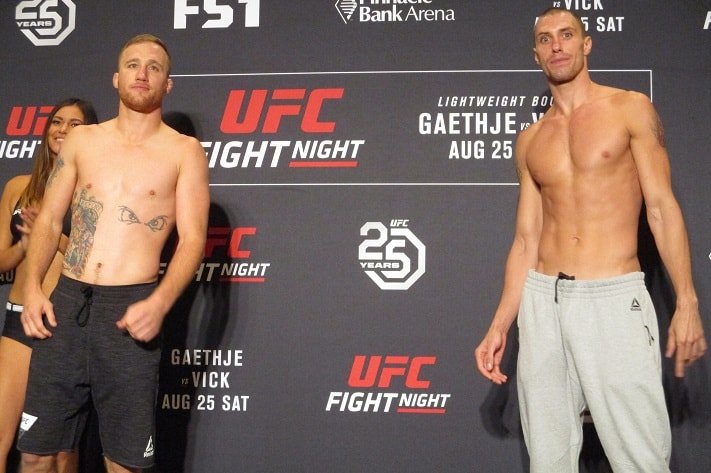 ‘The Homer Simpson of MMA’, Vic called Justin Gaethje as the duo verbally sparred in their pre-fight build up. This did not go down too kindly with Gaethje, who knocked out Vic in the first round.

James Vic then lost his next three fights. He suffered losses to Paul Felder and Dan Hooker at Lightweight. Vic thought the problem may lie with his extreme weight cut for his tall, lanky frame. With a move up to Welterweight, Vic was matched up with Niko Price. This fight did not go Vic’s way either as Niko finished the Texan in the first round with an up-kick.

This proved to be Vic’s last fight remaining on his contract. On the back of four successive losses, the UFC chose not to resign ‘the Texecutioner’, leaving him free to choose his future.

Where does James Vic go from here?

At 33 years of age, James Vick still is a well-known commodity in the MMA world. He should have no issues finding another place to call home. Vic is already reportedly in talks with other promotions.

James Vic’s run in the UFC ends with a record of 9-5. During the end of Vic’s UFC run, he has featured in the main event and co-main event slots, making a name for himself.

Notable promotions such as Bellator, PFL and BareKnuckle FC have been aiming to deepen their roster. James Vic would definitely find a suitable home in one of these organizations.