UFC Fight Night: Sandhagen vs Dillashaw has every ingredient to be one of the best UFC events of the year. While many are excited to see how the main event fights play out, there are a plethora of other good fights happening in the prelims. One such fight is the strawweight clash between Diana Belbita and Hannah Goldy.

‘The Warrior Princess’ is currently riding a two-fight losing streak. She lost to Molly McCann via unanimous decision in October 2019 and then to Lianna Jojua at UFC Fight Night: Kattar vs Ige via submission. 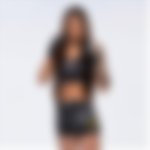 Her current professional record stands at 13 wins and 6 losses. She has picked up 6 KO/TKO wins, 4 submissions, and 3 decisions. Prior to joining UFC, she was riding a 4 fight win streak. She will look to pick up her first UFC win on Saturday.

‘Queen of Sparta’ Goldy lost her debut UFC fight against Miranda Granger at UFC on ESPN: Covington vs Lawler. She was riding a 5 fight win streak prior to fighting Granger. Currently, she has picked up 1 KO/TKO win and 4 decision wins. Just like Belbita, she too would be eager to get a win under her belt.

It will boil down to which version of Goldy we are going to see. Her performances against Robbins and Granger were highly contrasting. If she wants to win, she could use her counter striking ability to deflate Belbita.

For Belbita, her raw aggression can be enough to secure her a victory, provided Goldy brings her soft and shy version she brought against Granger. But ‘The Warrior Princess’ will be under far more pressure than Goldy as she has incurred one more loss than her in the octagon. This may work for Goldy to clinch a win.