‘Where is the F*cking Punishment?’- Artem Lobov Believes UFC Shouldn’t Have Paid T.J. Dillashaw for His Title Fight Against Henry Cejudo

Former two-time UFC bantamweight champion T.J. Dillashaw will make a return to the octagon after 2 years at UFC Vegas 32. He will fight title contender Cory Sandhagen in the main event this Saturday.

The USADA banned Dillashaw in 2019 after finding some adverse findings after his match with Henry Cejudo. In an announcement via his Instagram account, he had confessed that he is voluntarily relinquishing his bantamweight title after being charged by USADA and NYSAC.

Many fighters and former fighters have given their views on his return. Some have welcomed his return after serving the punishment, while some are still not convinced of his return.

Former UFC fighter Artem Lobov comes in the second category. In an interview, the Russian lashed out at the former bantamweight champ for his tainted image.

“It’s an assault. You should be getting criminal charges for that,” Lobov said. According to him, the UFC should have taken money back from him after the fight. “Let’s be honest, if they had caught him right before the fight, the fight wouldn’t have happened.”

“So if you got him after, why should he still keep the money. He’s done that illegally. If you win in a casino by cheating, do you keep the winnings?” he asked.

“Where is the f*cking punishment? Come on now, this is such a serious, serious offense… Some scumbags, they aren’t man enough to compete fair. They need some advantage.”

Artem, who trains with Conor McGregor, further added, “to me, he will forever be tainted.”

T.J. Dillashaw responds to his haters

Dillashaw appeared for the media conference day. When reporters asked him about his thoughts on people questioning his image rehabilitation, the former champion had an intense reaction.

“Excuse my language, but f*ck your reputation,” he told reporters, during the media day in support of Saturday’s event at UFC APEX in Las Vegas. “You’ve got to worry about yourself. I have a great life. I have a great family. I’m just worried about my coaches, my teammates, my family. Other than that, I could care less.” 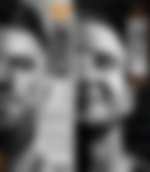 He further added, “I’ve been in this game too long to scroll through the comments and think about what other people think sitting behind their computers and not having anything to achieve for.”

On Saturday, it will be a big test for T.J. Dillashaw as Sandhagen won’t be an easy customer. The winner between the two could even end up getting a title shot, so the stakes are high.