UFC supremo Dana White sent an important piece of advice to Ciryl Gane on fans terming his performance as boring. Gane, who defeated hometown hero Derrick Lewis in the main event of UFC 265, produced a masterclass en route to a TKO win.

In the post-fight presser, the UFC boss praised ‘Bon Gamin’ for the way he fought against ‘The Black Beast’. “He is a big powerful bada*s heavyweight who moves like a middleweight,” White said. “You saw tonight what he was able to do to Derrick Lewis…he completely shut him down.”

“Put on a clinic, looked good too in it, made it look easy against a guy who can turn the lights out with one punch. This kid is super talented.”

He further continued, “Listen, when you start getting sucked into listening to people talking about, ‘oh you are boring and you this and that,’ you gotta tune that sh*t out and fight your style and fight the way you fight and that’s what he did tonight.”

For the unknowns, fans have criticized Gane often for his approach towards a fight. He is a member of a division that boasts of some of the hardest strikers the game has ever seen. But his recent measured approach and clinical striking against Lewis should put some doubters to rest.

The fast lane towards the championship for Ciryl Gane

Gane (10-0) has had a phenomenal UFC career till now. Since joining back in 2019, the Frenchman has been improving and simultaneously impressing everyone.

His last few wins, excluding the one over Lewis, have come over the likes of former heavyweight champion Junior dos Santos, Jairzinho Rozenstruik, and Alexander Volkov.

It’s difficult to pick up victories against these high-quality fighters and that too with ease. His addition to the roster has added another dimension to the stale, linear power-oriented roster. As mentioned by the UFC supremo, his movement matches that of a middleweight fighter. His cardio can challenge a lightweight fighter. 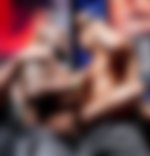 Only a few have had a meteoric rise like he is having. He also became the first French-born champion in the UFC. His victory could open the floodgates for MMA in a country that was rather uninterested in seeking mixed martial arts half a decade ago.

WATCH THIS STORY: 5 interesting facts about UFC you didn’t know about

Things are changing fast and Gane is the flag-bearer. It will be interesting to see with what game plan he returns to the octagon against ‘The Predator’ Ngannou next.

What did you make of White’s statement?