When An Eccentric Dustin Brown Shocked Rafael Nadal And The World

Tennis is not just a sport, it is a profession. Tennis players can make a lot of money due to the large amounts of prize money given at tournaments. This begs the question – would they prefer something else over the money they make? Alexander Zverev has just answered this for us. 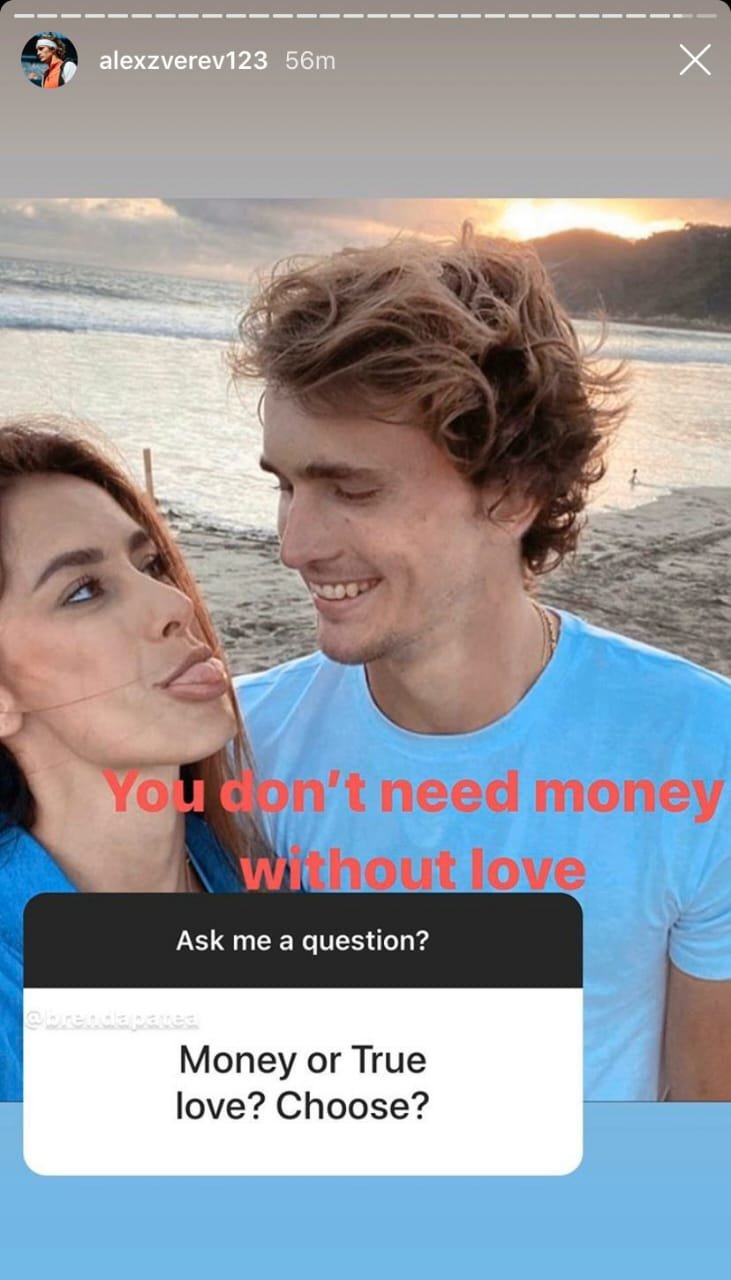 Alexander Zverev was asked what he would choose – money or love? To this question, he replied, ” You don’t need money without love.” He also added a photo with his girlfriend Brenda Patea to showcase his love for her.

Brenda Patea is a German model who was born and raised in Berlin. She participated in the reality show, “Germany’s Next Top Model” where she was placed 10th. She met her future boyfriend Alexander Zverev at the 2019 Paris Masters.

Ever since they confirmed their relationship, we have seen Brenda Patea accompany Alexander Zverev on the ATP tour. When  Zverev reached his first grand slam semi-final at the 2020 Australian Open we could see Brenda Patea cheering from the stands.

We haven’t seen Brenda cheering for her boyfriend in a long time. This is due to the suspension of the ATP tour. I am sure right now we will all be asking the question – when is the ATP tour returning? Unfortunately, there is no clear answer to this question.

The situation with the coronavirus has not improved. As a result, the suspension of the tennis season has been extended twice. If the situation does not get better soon then it is likely we will not see any tennis this year.

Alexander Zverev certainly does not want that. He had a fantastic start to the year reaching his first grand slam semi-final and will want to continue this run of form to win some titles. One thing’s for sure, Brenda will be there with him every step of the way.