Mercedes have been the dominant team in Formula 1 in recent years. The commentators have often remarked about how far up the field they are. This prompted me to check how many races have been won in an even more dominant fashion. The word dominant in this article signifies the huge gap between the first and the second-place cars the race. 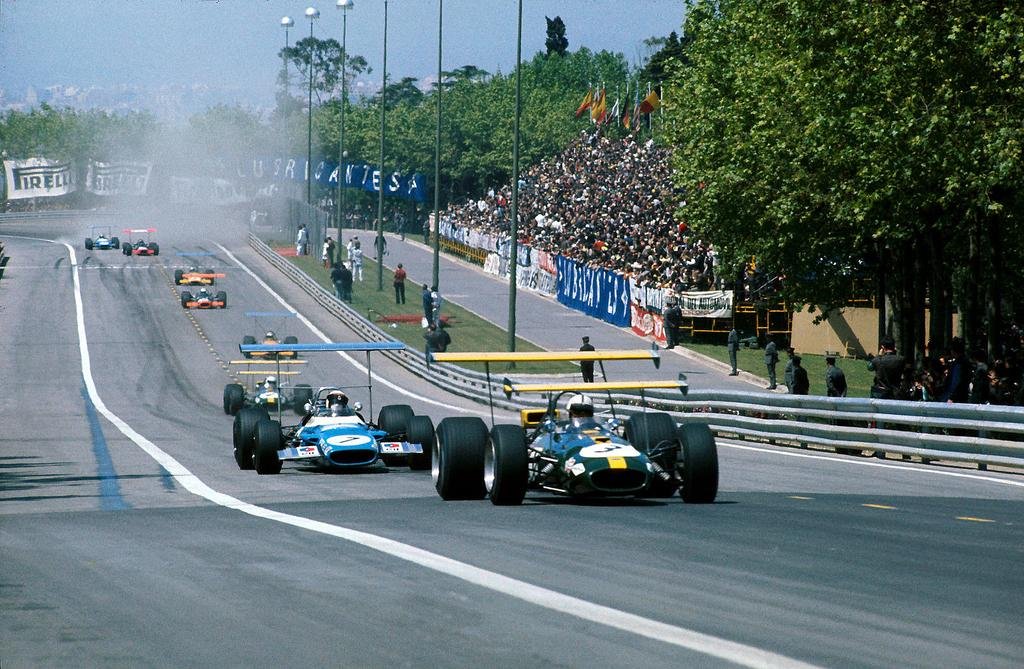 The race held at the Montjuic circuit in Spain holds a unique distinction. It was the first race where the winner took the chequered flag 2 whole laps ahead of the runner up.

The race saw Matra Ford’s Jackie Stewart move up from 4th to take a dominant win ahead of Bruce McLaren. Stewart however was lucky to be in first as he trailed Chris Amon at the start of the 56th lap. The Englishman was handed the lead after the Amon’s engine seized. He went on to claim his 7th career win and first-ever in Spain. 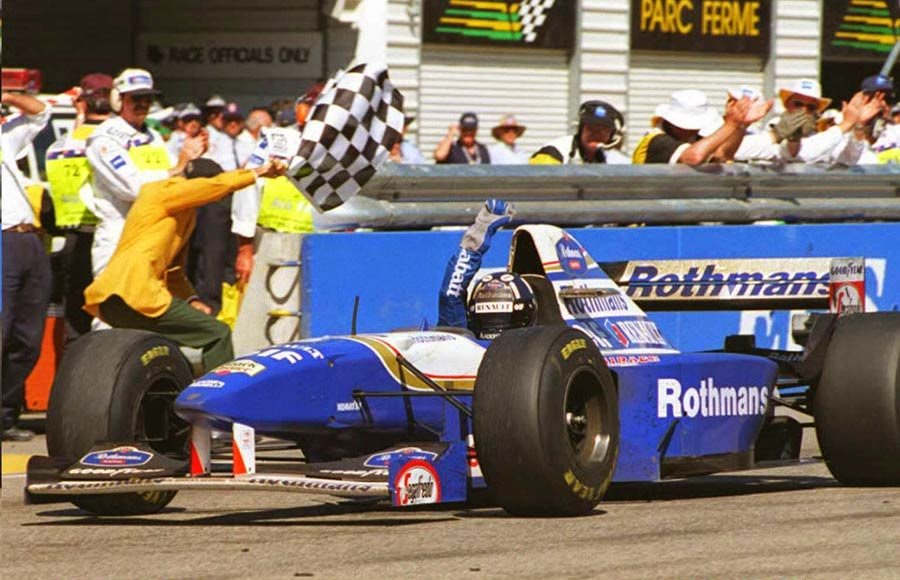 The race is a bit more recent and featured names like Michael Schumacher and David Coulthard. This was the last time the Australian Grand Prix was held in Adelaide. Michael retired after the first round of the pit stops whilst David Coulthard who was leading somehow managed to crash while coming in for his first pit stop. The Ferrari of Gerhard Berger was another front runner who retired.

Jordan’s Eddie Irvine and Rubens Barrichello along with Ferrari’s Jean Alessi too retired from this race. Hill was unchallenged at the top and lapped runner up Olivier Panis for a second time en route his 13th Formula 1 victory. The British driver seemingly carried this momentum into the 1996 Formula 1 season where he claimed his only Drivers Championship. 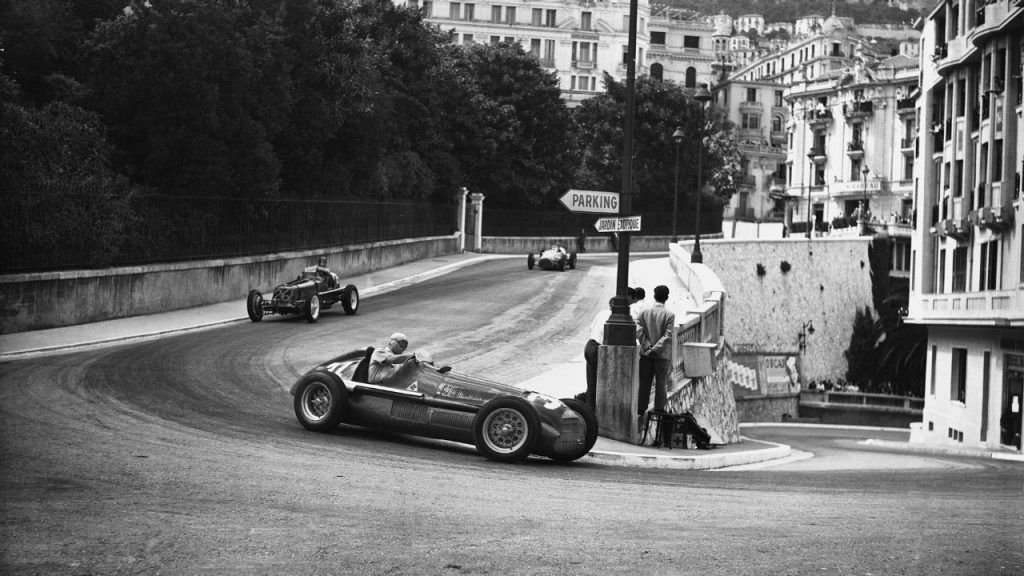 This was Argentine legend Juan Manuel Fangio’s first win in Formula 1. It was the second race in formula one history and was contested over a hundred laps around the streets of Monaco. In those days the starting grid featured alternating rows of 3 cars and 2 cars. Fangio though did not seem to know much about the other cars.

The Alfa Romeo driver clinched the win over a lap ahead of 2nd placed Alberto Ascari. Fangio’s winning margin of 2 laps over the 3rd place car only serves to enhance the quality of his drive that afternoon. 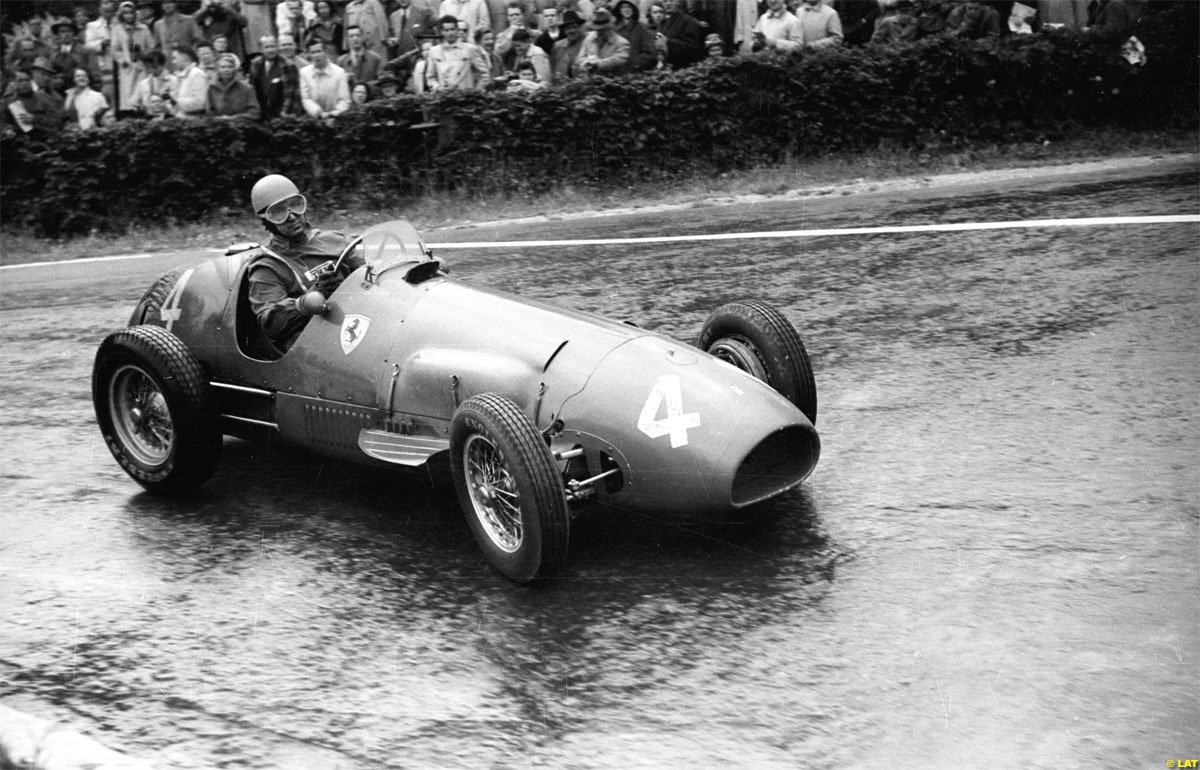 This race was unique and symbolic of the early days of Formula 1. The race at the RouenLes-Essarts in Grand-Couronne France was contested for a 3-hour duration rather than a fixed number of laps. Ferrari’s Alberto Ascari qualified in first. He led in each of the 77 laps he completed over 182 minutes. During the race, he lapped the entire field and lapped his 3rd place teammate Piero Taruffi. The win was Ascari’s 2nd of the season. He clinched victory in the next race in Britain too.. 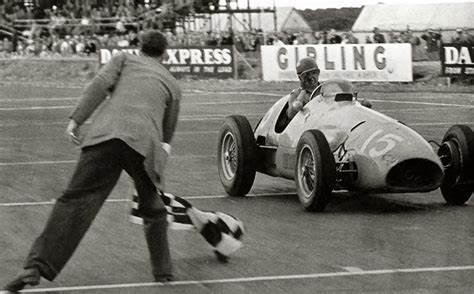 Alberto Ascari followed up his dominant rout in France with an encore in Great Britain. The Ferrari man secured pole position once more and led the race at Silverstone from start to finish. He lapped his teammate Piero Taruffi for the second race in a row. Cooper- Bristol’s Mike Hawthorn came in third and gave the home fans something to cheer about. But he was passed by the leader twice.

Ascar went on to take the chequered flag in the next 3 races as well to be crowned the driver’s world Champion.

The Formula 1 race in Portugal in 1958 saw Vanwall’s Stirling Moss claim the win by a 5-minute margin. However, he only lapped his teammate Stuard Lewis- Evans who was in 3rd place. Ferrari’s Mike Hawthorn finished on the lead lap despite the 5-minute gap.

But was this gap possibly larger than some of the above-mentioned lap victories?

F1 Throwback: When Damon Hill Gave Michael Schumacher a Taste of His Own Medicine

After Drive to Survive, Netflix to Release a Documentary on an F1 Legend