Yamaha rider Maverick Vinales found himself in the middle of a raging storm at the Styrian Grand Prix this Sunday. During Round 10 of the ongoing MotoGP championship, the Spaniard recorded a DNF in the most stunning fashion.

This set off a war between Vinales and Yamaha, with the 26-year-old’s father Angel Vinales claiming the Japanese outfit intentionally made changes to Maverick’s bike which ruined his Styrian Grand Prix.

Vinales started the 2021 MotoGP season in style, winning the season-opening Qatar Grand Prix. However, the Spaniard failed to build on that result in the next eight races, adding just one podium in Assen in June.

During his time of strife in June, Vinales decided to end his contract with Yamaha after this season. This means the 26-year-old will race for another team in the 2022 MotoGP season, with Aprilia the most likely destination.

In the Styrian Grand Prix this past weekend, Dani Pedrosa and Lorenzo Savadori crashed in Lap 3, which set their bikes on fire. This brought out red flags, after which Vinales struggled for the remainder of the race.

The Spaniard suspected Yamaha made changes during the red flag, which ruined his race. He said, “They stopped the race, we pitted and they changed my clutch and tyre, and it was a completely different story.” Ultimately, he ended his race in the pit lane and recorded a DNF.

However, the drama didn’t end there as the Spaniard’s father, Angel levelled accusations of sabotage on the team. In addition, he believed they did so since his son announced his departure from Yamaha during the season. Taking to social media, he wrote, “The silence is over!!! Today is shameful!!! Do these things to the pilot because he leaves.”

Yamaha suspend Vinales for the Austrian GP in a strong statement

While Angel Vinales’ actions caused a storm, Yamaha did not back down, issuing a statement of their own. In the statement, they blamed their Spanish rider for the failure of the bike by stating his actions ruined the bike. Hence, they suspended Vinales from taking part in the Austrian GP this weekend. 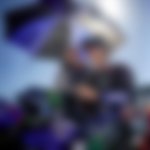 A part of the statement read, “Yamaha’s conclusion is that the rider’s actions could have potentially caused significant damage to the engine of his YZR-M1 bike which could have caused serious risks to the rider himself and possibly posed a danger to all other riders in the MotoGP race.”

The Japanese outfit concluded their statement by mentioning decisions on Vinales’ participation in the next races will be discussed.