Darren Till Backs Off From Daniel Cormier’s Offer to Mediate

Recently, Codemasters unveiled the launch date of the F1 2020 game. This is the first time the game is releasing before the season begins. Now, MotoGP is set to do the same thing with MotoGP 20. With no racing action for the foreseeable future, the new game is aiming to fill the void.

While there are no major tweaks, like F1’s latest game, MotoGP 20 does have a few changes compared to its predecessor. Firstly, it has features like a revamped career mode, upgraded physics engine and simulation systems. Game developers, Milestone also worked hard to improve the game AI for its newest entry to the MotoGP series.

The video game also boasts of a new asymmetric tyre wear model, fuel consumption and brake management systems. All this merely adds to the experience and tries to make it as realistic as possible. Furthermore, players can operate the front and rear brakes separately.

Last year, Milestone introduced a new feature called Neural AI. The Artificial Neural Network Agent (A.N.N.A) allows the AI to learn to improve its own pace and will punish every any mistakes that players commit.

What else does MotoGP 20 introduce this year?

Players can also earn in-game credit and can be used to buy historic bikes and riders. In total, 46 historic riders and 43 bikes are available to unlock.

However, a lot of work has been pumped into career mode. As always, players can start in any of the MotoGP classes. However, they are advised to work their way up and adjust to the game before playing with the big boys.

Backing the players are two engineers to help improve the bike and a personal agent to negotiate contracts/facilitate moves. There is also a managerial career mode within the game. MotoGP20 also boasts of better visuals, especially in wet weather conditions.

The creation suite returns with the addition of livery customisation. This helps make the game feel fresh as players progress through the seasons and ranks. They can even change the look of their rider and bike, which removes some of the visual fatigue other titles struggle with in similar career modes. 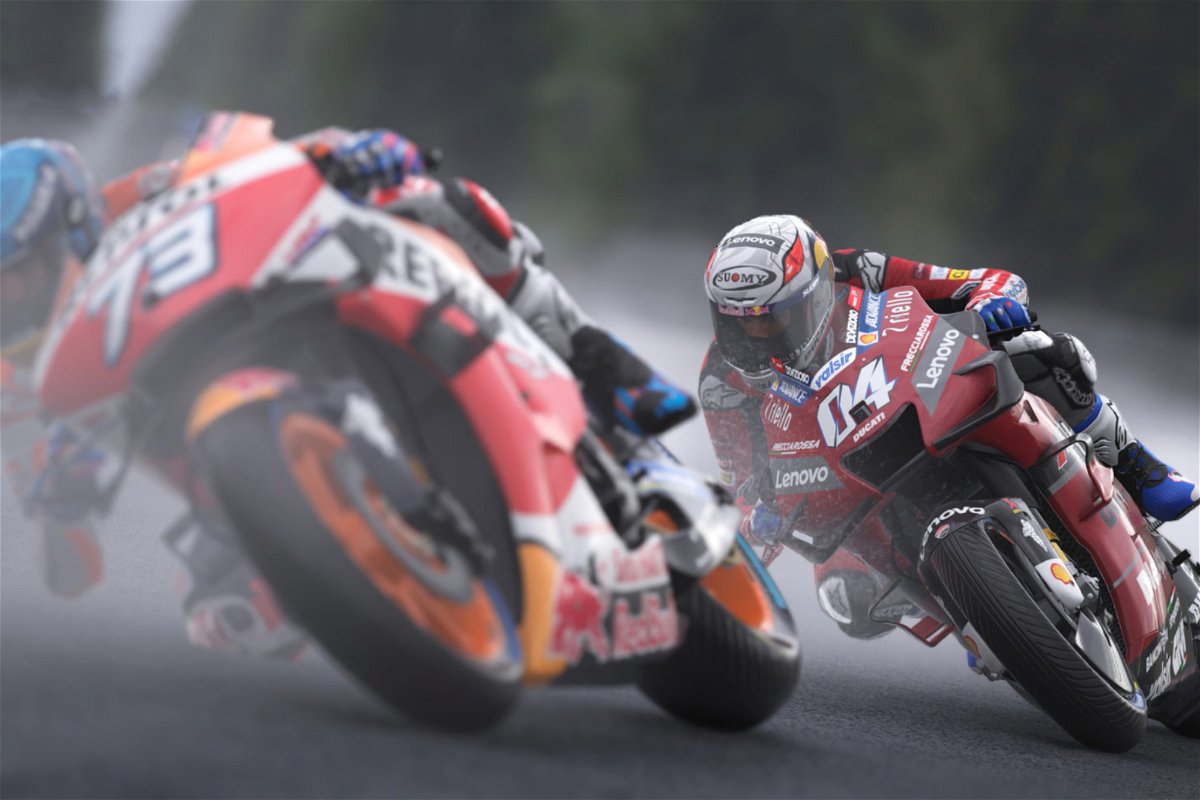