The coronavirus pandemic has affected the world badly. One such negative effect was on students who were unable to have a graduation ceremony. To solve this, a virtual graduation ceremony was held by Chase which featured celebrities like Serena Williams. Check out what Serena said in her speech.

Serena started out by congratulating all graduates and their parents. She said that she finds it amazing that they were able to graduate in the midst of a global crisis and they should be proud of that. She went on to tell them that going forward they should take risks and she gave an example from her life to illustrate this.

“Whichever industry I applied to, there were people telling me I couldn’t make it. For example, when I first turned pro at 14, one year after my sister, it was so hard for people to fathom that there could be two of us. My age and my last name caused so many controversies in the tennis world.” 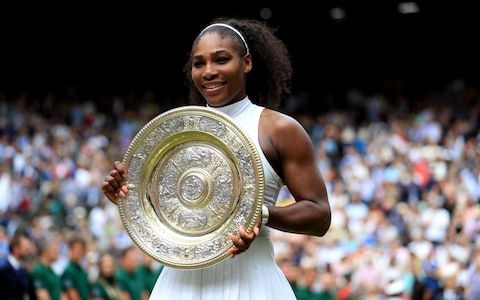 How Did Serena Overcome This?

Serena Williams went on to explain how she overcame all this. She said,

“Instead of giving in to the criticism, there was this driving force at the back of my head telling me that I could do it. So with sheer willpower, I set out to prove them wrong and I just put the ball on the racquet and 3 years later, I won the US Open.”

This was truly an inspiring story of one of the greatest tennis players of all time. Serena Williams has clearly proven the people who told her she couldn’t make it wrong. She is a 23 -time grand slam champion and is in contention to be the GOAT of women’s tennis.

That goal will definitely be on her mind and she will achieve it when she beats Margaret Court’s record of 24 Grand Slams. When the WTA Tour returns from its suspension, we can expect her to do exactly that.