Chase Elliott is offering Philadelphia 76ers star Joel Embiid a chance to drive around with Chase to celebrate his US driving license.

Last month, Joel announced that he finally got his driver’s license after nine years. He moved to the US from Cameroon a decade ago. He stated in a Tweet, “After nine years in America, I FINALLY got my driver license”

However, the Sixers star’s long term partner Mountain Dew congratulated him this week.

After nine years in America, I FINALLY got my driver license

This week, Mountain Dew, one of the companies Joel partners with, posted a Tweet congratulating him and said that they hope that Joel’s new car will be green just like the company’s colors.

Additionally, they offered him an intriguing proposition. They wrote, “Congrats! Hope that first car is green…maybe @ChaseElliott can take you out on the track for a few spins.”

Congrats! Hope that first car is green…maybe @ChaseElliott can take you out on the track for a few spins 👀 🏎 https://t.co/qq3K4TAWxg

Elliott drives the Number 9 Chevrolet Camaro for Hendrick Motorsports in the NASCAR Cup Series. And Mountain Dew is a long time sponsor of Chase. He even drove a special Mountain Dew paint scheme car at Daytona. 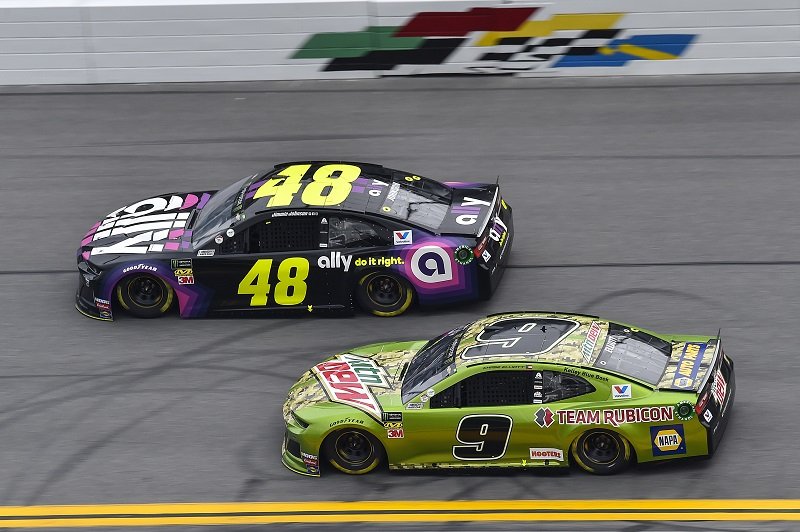 Chase responded positively to the company’s tweet. He posted a tweet offering Joel a few laps around the race track soon. He wrote, “Congrats @joelembiid! Let’s get you down to the track and I’ll show you the ropes”

Congrats @joelembiid! Let’s get you down to the track and I’ll show you the ropes 🏎 https://t.co/MMXzWXTeMv

Finally, the Mountain Dew twitter handle continued the exchange and posted a render of what Joel will look like in a racing suit. They wrote, “We can see it now @chaseelliott @joelembiid“

Recently, Embiid was seen wearing a hazmat suit, gloves, and a mask while boarding the team plane to travel to Walt Disney World in Orlando.

The NBA season will restart on July 30 and the series has put up some strong measures like the ‘bubble’ to safeguard the players’ and staff’s health.

“Not Performing to Our Potential”: Chase Elliott Opens Up On Recent Form and What He Expects