A few days ago, a hate incident shook the Talladega Superspeedway as a noose was found in Bubba Wallace’s garage. It prompted NASCAR to consult the FBI to investigate the matter. Now, a similar incident has cropped up at the Sonoma Raceway in California.

According to circuit officials, they found “a piece of twine tied in what looks like a noose hanging from a tree“. The circuit president said in a statement that they and the police are investigating the matter.

Raceway’s president Steve Page said, “Our staff, on-site business tenants, and local law enforcement have been contacted. And asked to share any information they may have. The incident is under investigation by the Sonoma County Sheriff’s Department.” 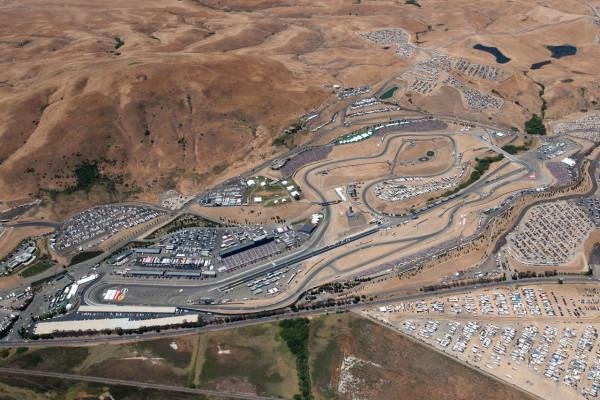 What happened at the NASCAR Cup Host Sonoma Raceway?

Sonoma Raceway hosts many major sporting events every year. This includes NASCAR Cup Series events, IndyCar Series, AMA Superbike races, and drag racing. However, owing to the coronavirus pandemic all of these events were canceled until further notice. Authorities are saying that someone set the ‘makeshift noose’ last week.

Page confirmed to the San Francisco Chronicle that officials were hard at work reviewing surveillance footage. Clearly, this scene mirrors that of the one that took place at the Talladega Superspeedway.

In light of the Talladega incident, the entire NASCAR community had Wallace’s back. The sport’s sole African-American driver fought his way up the pack and even led the race for a while. However, Bubba had to settle for a 14th-place finish in the NASCAR Cup Series race after facing fuel issues.

7-time NASCAR champion Jimmie Johnson said in a tweet that he is shaken by the news. Obviously, he and everyone else are demanding justice for the heinous act. In addition to that, he and many other drivers and personnel vowed to stand by Bubba Wallace

An emotional Wallace told Fox in an interview, “The sport is changing. The deal that happened yesterday. Sorry, I’m not wearing my mask, but I want to show whoever it was that you’re not gonna take away my smile, and I’m gonna keep on going.”