Lewis Hamilton posted an Instagram story with Bubba’s picture and wrote, “So proud of everyone in Nascar for standing together and showing up in the face of adversity and discrimination! This is how it should be as we are one race.” 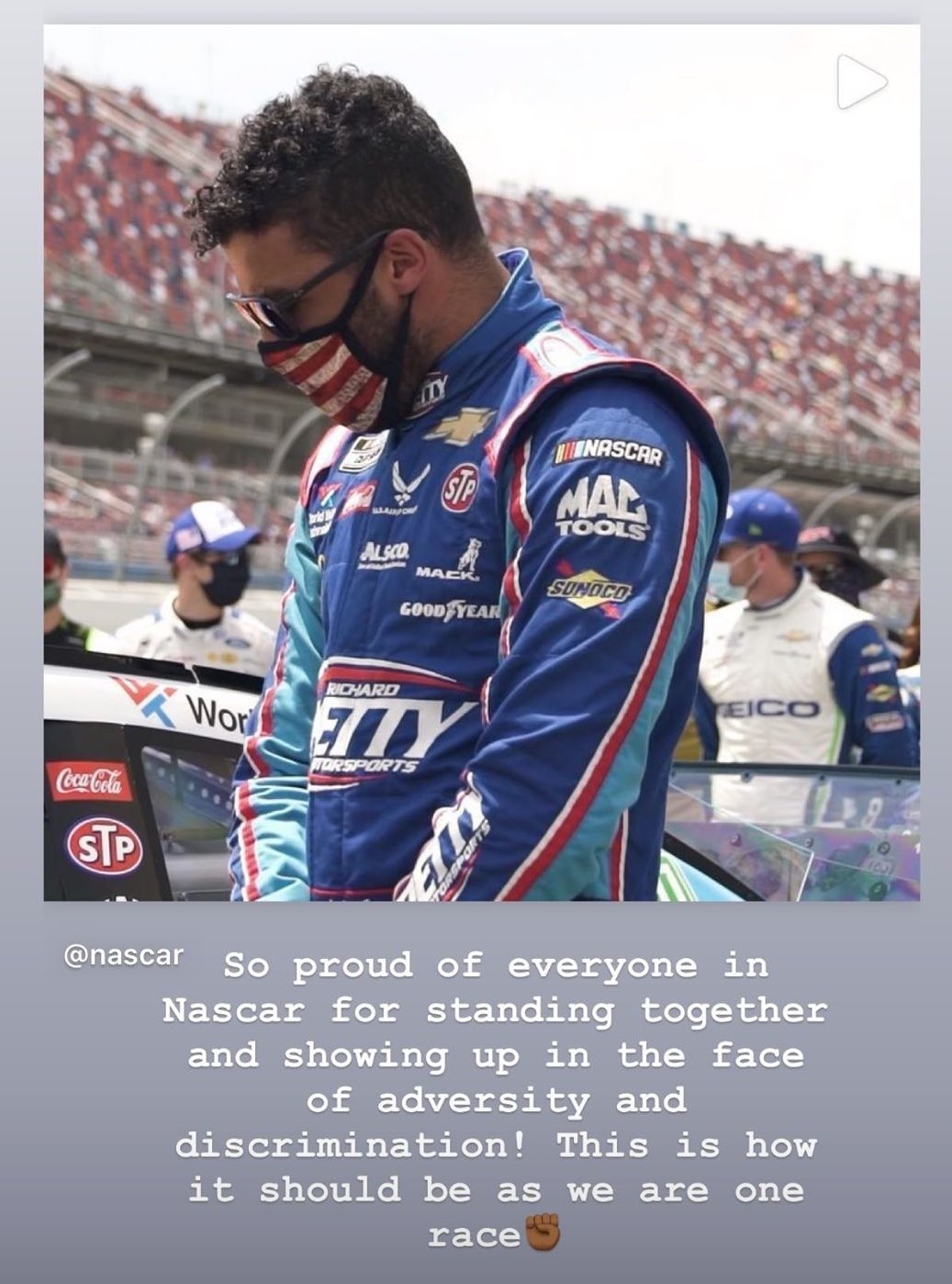 As a show of solidarity to Bubba, all 39 fellow drivers and their crew members marched down the pit lane and pushed Wallace’s number 43 car to the front of the line. After that, an emotional Wallace climbed out of his car with tears in his eyes. Additionally, Talladega Superspeedway staff put up a “#IStandWithBubbaWallace” sign on the circuit grounds.

In the last stage, Wallace was running very close to the front runners of the grid and had a chance to win after a late caution. However, he was forced to pit for fuel with only four laps remaining and had to settle for a 14th place finish.

In an interview after the race, Wallace appeared without the mandatory face mask. However, he apologized for not wearing a mask and revealed that he didn’t put it on purpose. He said, “I wanted to show whoever it was: You are not going to take away my smile.”

He added, “This sport is changing. The prerace deal was probably one of the hardest things I’ve ever had to witness in my life. From all the supporters, from drivers to crew members, everybody here, the badass fan base, thank you guys for coming out. This is truly incredible, and I’m glad to be a part of this sport.”